Pin It
You are here: Home / Book Reviews / A Game of Broken Minds


“As far as action-packed SciFi capers go, this one definitely fits the bill.”

“You aren’t going to find space ships or aliens on distant worlds at war with one another, but you will find a couple of great brains gathering their armies of brains and going to war.”

“When, after a few pages, you find that the story is more intriguing, more heart pounding, and more unnerving than you had imagined, you will definitely be hooked.”

“If you like science fiction with a twist, this is the book for you.” 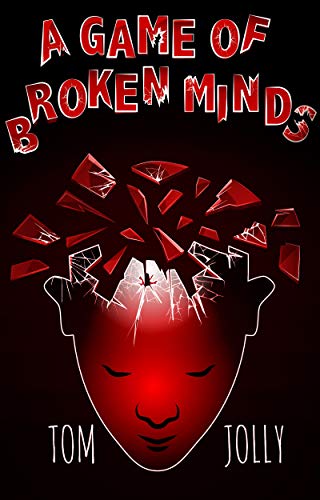 A Game of Broken Minds:
A Science Fiction Thriller

Read the new gripping science fiction thriller about a man and a supermind trying to find freedom!

Homeless and unattached, Cory is the perfect candidate for Dr Hanson’s trial drug. But when it unlocks more than just his potential, Cory must work with his new sentient supermind to ensure their freedom and escape the tyranny of The Puppeteer.

A Game of Broken Minds is a suspenseful science fiction thriller with a revolutionary take on unlocking your inner potential. With bad guys at every corner, mystery and strangers to friends, this is a bite-sized, fast-paced, page-turner that will keep readers on the edge of their seat to the last page.

Tom Jolly’s short SF and fantasy stories have appeared (or will appear) in Analog, Daily Science Fiction, Something Wicked, Acidic Fiction, Penny Fiction, and elsewhere. He also designs board and card games, such as Wiz-War, Drakon, Cavetroll, Got It!, and Manhattan Project: Energy Empire (co-designed with Luke Laurie). When he isn’t doing either of those, he’s making obnoxious puzzle designs, which he encourages those with woodcrafting skills to produce (over 40 to date).

He retired as an astronautical and electrical engineer in 2015 after working at Lockheed-Martin for 27 years on launch support for the Titan program, and satellite transportation for the Payload Transportation Systems group. His first launch in February of 1986 (a Titan 34D) blew up.

He lives on 60 rather wild acres on the Central Coast of California with his wife Penny, and gets visited by cougars, black bears, bobcats, and wild turkey on occasion.

You can find more of his short fiction at www.silcom.com/~tomjolly/tomjolly2.htm