Pin It
You are here: Home / Book Reviews / Fiction / Adult Fiction / A Lantern in the Shade 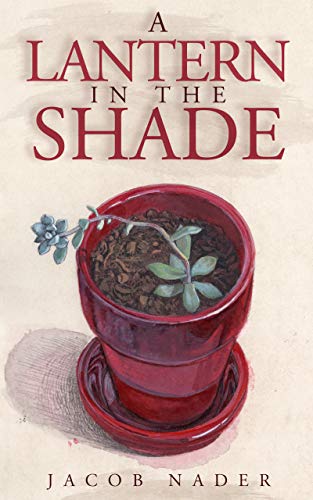 A Lantern in the Shade:
An Arab-American Historical Fiction Novel
of Love, Family and Self-Discovery

“I truly enjoyed reading this book, it made me feel heard in some ways, most of the topics he talked about felt very real and hit home, and he did a wonderful job shining the light on important [Middle East and Arab] regional topics. I teared up at the end of it.” – Reader Review

A Lantern in the Shade is an epic historical fiction saga that draws on a blend of Middle Eastern cultures and poignant, dramatic prose to tell the story of an Arab immigrant family’s quest for truth and honor –– offering a unique perspective that heralds the rich and vibrant history of the Middle East, while unveiling oppressive challenges some marginalized communities face in their day-to-day lives, including the struggles for women’s rights and LGBTQ acceptance.

Nour is a young Arab-American woman with a coming of age story desperate to be told –– she is faced with the impossible task of reconciling with her father’s heavily-guarded secrets and her mother’s deteriorating mental health.  She struggles to prevent her own dreams from falling by the wayside, as she fights to hold her family together.

Years later, Nour’s son Jacob takes a harrowing journey to Saudi Arabia, fraught with peril and wonder, to be closer to his family’s homeland — yearning to uncover lost details about his mother’s life. Should Jacob succeed, he will finally achieve his life-long aspiration to honor his mother’s dreams and shed light on their family’s deepest-held mysteries. But if he fails, he might just become a lost soul consumed by the sinking sands of the Arabian Desert…

Page Up and Order Now.

Jacob Nader is an author and visual artist. He wrote his debut novel, A Lantern in the Shade, while living in Saudi Arabia. Jacob hopes his writing sheds light on people from the Middle East, while dispelling the myths and misconceptions around their history and way of life, and introduces his readers to their many rich and vibrant cultures. Jacob was born in Cleveland, Ohio, to a Syrian/Lebanese-American mother and Italian-American father. He now lives in New York City and has plans to write his second novel.