My favorite part of the book was the flashbacks to WW2 and the persecutions of the Nazi regime. It starts in the present time but after reading about the past, the relationships all come clear. It was a fun read with some historical perspectives woven in. I definitely recommend this book. 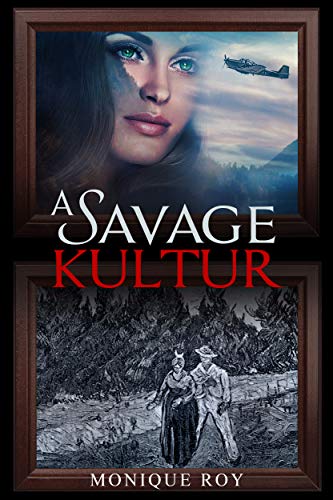 Ava, a Jewish art student at Oxford University in England, receives a heart-wrenching letter from her grandfather after he dies. From the letter, she discovers that her grandfather has left her his London art gallery, which he says will secure her future, as well as provide a place for her to grow her artistic talents and follow her passion for art. The letter also describes his one last wish—that she recover a treasured Vincent van Gogh painting, The Lovers: The Poet’s Garden IV, that belonged to her grandparents and was deemed degenerate and looted by the Nazis in 1937.

Arriving for the first time at the gallery, she discovers old photographs in a secret room that recount the harrowing past—a Nazi propaganda parade in 1937. She quickly becomes aware that the room and the gallery, with an empty frame for the missing van Gogh, hold such rich memories of her grandparents. As conversations with grandmother and those connected to the painting spur memories, the book switches back and forth between the current timeline and the timeline during the war to tell the stories of those affected by the painting and its fate.

On the train to her grandfather’s funeral, she meets Gordon Rose, an FBI agent, disguised as an art restitution lawyer. He helps her track down the missing van Gogh, while at the same time, he apprehends a Neo-Nazi, albino art forger named Luther who is connected to the painting.

Ava pays several visits to her grandmother, her only living relative who lived through the war and who now battles dementia, hoping she remembers something about the past that will be a clue to the missing painting and their lives in Germany during the war. It is in these hours that she sits with her grandmother that she learns about her grandparents finding refuge on an Austrian farm after they flee Munich and of Charlotte, a local farm girl who lives at Lake Toplitz.

Horrified by what she witnessed, Charlotte tells her new friends how she was forced to help the Nazis sink looted treasures in Lake Toplitz. Ava’s grandmother recalls Charlotte’s last name. With this information, Ava tracks down Charlotte at her home at Lake Toplitz and questions the old woman about what happened at the lake. On her last breath, Charlotte speaks of the secrets hidden in the lake.

When Gordon breaks into Luther’s Austrian hideout, he believes Luther has forged the missing van Gogh painting. Luther claims it is the real deal, but Gordon believes otherwise. Luther is forced to return the painting to Ava.

Ava takes the van Gogh painting to her grandmother, still not sure if it’s the real thing or not, but she wants to bring her grandmother closure and peace during her last days. A bittersweet ending brings the painting back into the lives of Ava and her family, and Ava and Gordon reveal their true feelings for each other.

Monique loves writing that twitches her smiling muscles or transports her to another time or place. Her passion for writing began as a young girl while penning stories in a journal. Now she looks forward to deepening her passion by creating many unique stories that do nothing less than intrigue her readers.

Monique was born in Cape Town, South Africa, and her grandparents were European Jews who fled their home as Hitler rose to power. It’s their story that inspired her to write Across Great Divides, her debut, historical fiction novel.

Monique holds a degree in journalism from Southern Methodist University in Dallas and is also the author of a children’s book Once Upon a Time in Venice. In her free time, she loves to travel, play tennis, pursue her passion for writing, and read historical fiction. In 2008, she was chosen by the American Jewish Committee’s ACCESS program to travel to Berlin, Germany, on the 70th anniversary of Kristallnacht, to explore German and Israeli relations along with 20 other Jewish professionals from across the U.S.