Pin It
You are here: Home / Book Reviews / Fiction / Adventure / A Story of Giants – Book 1

JUST 99cents on Kindle for a limited time only.

What a fun read! I really loved the world the author created. I especially liked the array of characters and their dynamics.  . . .  What would you do if you found out that there are multiple worlds interconnected like pearls on a string?  -goodreads review 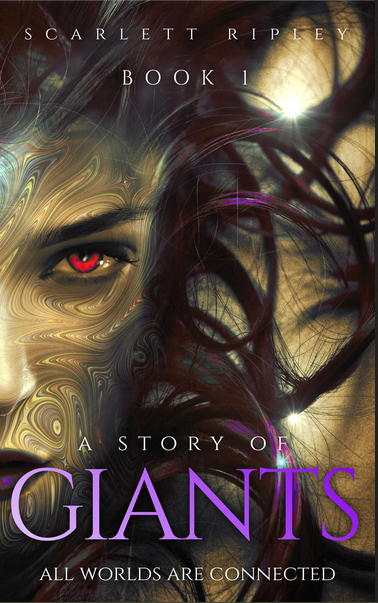 Which side do you choose when your family is both the good and evil of the Giants who guard our realm of endless worlds?

What if I told you that our world was but one on a string, like an infinite length of pearls? Only those of us whose gifts have awakened, the “Giants” among us, can travel this string, called a realm, and, in rare cases, transverse multiple realms. Giants live on the principles of peace and humility, keeping watch over the infinite worlds under the guidance of the Council which dictates a policy of non-interference in the absence of a world’s imminent self-destruction.

18-year old Leanna Salinger emerges as a Warrior Giant, just as her grandmother was. But even among her own kind, she is alone. She won’t open her heart to anyone beyond her younger sister Violet.

When insurgents plot to overthrow the Council, Leanna and her fellow trainees embark on a multi-world quest to protect it. To survive, Leanna must fight the tragic past which has come to define her and learn to open her heart to the man who loves her.

Scarlett Ripley pens the series “A Story of Giants,” a YA fantasy series based on String Theory. She loves to blend fantasy, science fiction, adventure, romance, and psychological study in her writing, given her stories a broad appeal beyond traditional fantasy-genre books. All of her writing features strong female protagonists.

In addition to the continuing “A Story of Giants” series, Scarlett is working on a modern-day gothic romance, “Death Knows,” which will be out later this year.

A former lawyer from Boston, Massachusetts, Scarlett lives with her family in London, England. Scarlett loves to hear from readers and encourages them to get in touch with her via her website scarlettripley.com, or any of her social media channels. She is also very supportive of other writers, particularly those those just starting out.