JUST 99cents for a limited time only!

When you read the description, the statement “abnormally high oil prices” rings too close to today’s reality. Hopefully the rest of this gripping, action-packed story continues to take place FAR in the future! 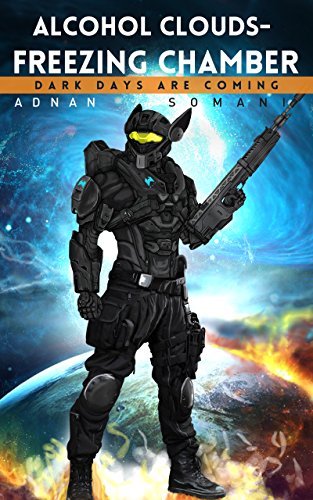 In the midst of dwindling oil production throughout the world, abnormally high oil prices and free fall of the value of dollars, thousands of people in the U.S lost their jobs; there were demonstrations where people demanded jobs, food, and order.

In a bid to find solution to the problems, the government pumped billions of dollars into the space energy program. Scientists told the government to stop spending on space energy because of the dangers of space radiation and the chemicals’ accumulating around the planet and to find a way in geopolitics to use renewable energy resources.

Instead, they offered billions of dollars on space experiments. They spent billions on propaganda against renewables. They manipulated the news. The average people have never seen authentic information about the dangers of space radiation and the chemicals’ accumulating around the planet. They have never seen the reports and statistics of independent scientists who warned the government to focus on renewables.

Alicia Gold, an independent investigative reporter, had less and less platform to write. Large magazines did not hire her, because they did not want lawsuits.

Alicia Gold went after the space experiments. She interviewed the managers of space agencies, members of the government, scientists and astronauts. She has pointed out the dangers it had. She has organized a petition signed by millions, to no avail.

She received death threats. One day, on her way home, a couple of thugs beat her up in front of her building. When she met a corporate leader to interview him, she got sick. She said she drank poisoned tea that the corporate leader’s staff has offered her. Her medical records have disappeared from the hospital, even from their computer network. She reported the attempted murder at the Police Department, but she had no evidence.

One day, security guards of a secret compound caught her. The judge threw her in jail for illegal activities; he denied her request to get out on bail. The court convicted her. She went to prison.

Then disaster hit the planet. The poisonous rain came down. The layer of liquid chemicals was there above the atmosphere. Scientists could not find a way to get rid of it. People called it alcohol clouds.

The Alcohol Clouds Freezing Chamber is Adnan Somani at his best – a masterpiece of a novel that is both interesting and educative.

Adnan Somani enjoys stories about adventure, people, and technology.Writing a book was his passion since childhood age &amp; now finally he publish his first science fiction eBook (Alcohol Clouds Freezing Chamber) in year 2018.It is humble request to all beloved readers, to give your honest reveiw and rating.