Pin It
You are here: Home / Book Reviews / Armageddon’s Rod

King Arthur and Excalibur reunite through time to save Avalon – with help from an unsuspecting Merlin. 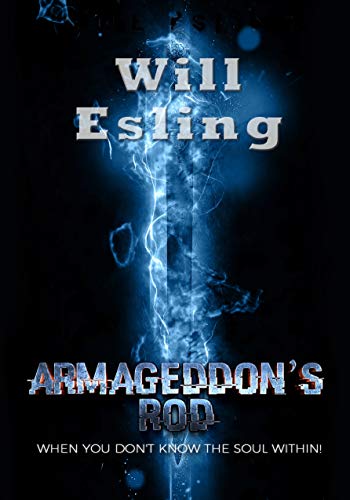 Armageddon’s Rod:
An Arthurian tale with a twist.

Since he can remember, young Jack Dore has had the strangest of dreams. Another world and another life! He can’t escape when he’s awake either, being followed every moment by his ‘shadows.’ Jack believes it is only he who can see his shadows, until he meets a mysterious old lady. Following an incident at the local swimming pool, where he nearly drowns, he finds himself transported in his unconscious state to the Celtic Otherworld ‘Annwn,’ where he meets Queen Eigyr. He is told he is the only one who can save the world from Armageddon.

Jack, best friend Maddie and Truffle, the Bernese Mountain Dog embark upon a fantastic journey through The Tunnel of No Dream back to Annwn, where they find themselves in a life and death struggle against The Empress of Deep and her evil cohorts Sorbus and Salix, as they search for the legendary Caliburnis – ‘The Rod’ – broken in half and hidden by Jack in a different life. Jack will need to reach into his innermost soul to help him fight evil. Can he find his King Arthur within?

Jack cannot do this alone. He needs Maddie who has her own inner secret. A soul within no one ever expected to see, least of all Maddie.

A book full of legendary creatures and characters from the darkest of ages in British history, Hengist, Horsa, Morganis, Eigyr, Ronixen, Vortigern and Myrddin. What is the connection between the Welsh Dragon and the legendary sword Excalibur? Will the Dragon Hunters, The Ropen and Palug and his enormous cat, stop Jack in his tracks, as he fights to save the Realm of Queen Eigyr from destruction?

An action-packed adventure, which will constantly have you on the edge of your seat with excitement.

Will Esling grew up in North Wales and after spending a couple of decades policing, qualified as a Mathematics and Physics teacher. After five years at the chalk face Will opted for a career in the NHS.

Will’s career as a police officer was the inspiration for his first book Blue Line Blues, which takes a humorous look at the world of police training in the 1970s.

Will Esling has long had a fascination with Welsh folklore and the history of Wales, now mostly forgotten or highjacked in the writings of the victors and conquerors of Wales over 1400 years. ‘Cadwaladr’ or as anglicised, King Arthur, is etched into the very landscape of Wales, and many place names bear this out. Will’s second book, Armageddon’s Rod, brings to fruition Will’s lifelong love of the legends of his home country Wales.

Besides his beloved dogs, his first love has always been writing.

A note from Will….

If you’ve read any of my books, let me know what you think.

I hope Blue Line Blues or Armageddon’s Rod added some value and quality to your everyday life. If so, it would be really nice if you could share the books with your friends and family by posting to Facebook and Twitter. A review on Amazon would be so much appreciated too.