Just 99cents on Kindle for a limited time only!

Travel to Bear Cove for an escape into the fantastical world of shifters and romance. The story told from alternate perspectives of Cassie as well as Asher is a refreshing way to convey a story as opposed to the usual narrative. The plot moves along at a good cadence thus keeping this reader’s interest intact. Shut off the phone, pour a glass of wine and escape to Bear Cove. – Amazon Reviewer 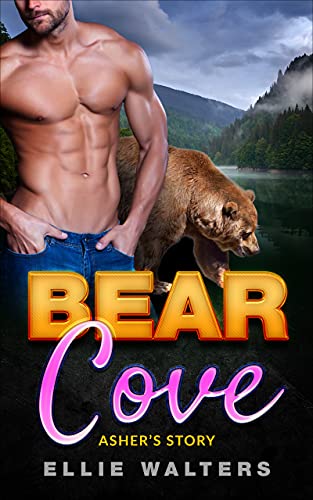 Asher is one of three brothers, all bear shifters, in the community of Bear Cove. He has no time for a mate , especially a frail human one. His bear disagrees when he sees the new girl in town, Cassie.

Cassie is an artist who has come to Bear Cove for the inspiration of the local mountains and scenery. As fire chief, Asher must inspect her studio and ends up re- wiring it for her. Asher’s nephew, Lucas, is living with him and Cassie mistakenly thinks Asher must be married even though she is wildly attracted to him.

Eventually, Asher must reveal his bear side to Cassie, but fears her total rejection. In addition to this trauma, someone is setting fires on the mountain which ends up putting the town and its citizens in grave peril. 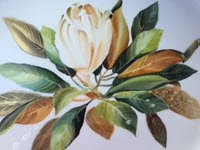 Ellie Walters lives in a small Midwestern town with her Alaskan Malamute and German Shepherd. She teaches watercolor but has tried her hand at porcelain painting and colored pencils. Having traveled extensively in Europe, she is internationally known in art circles. Between writing and watercolor, she attends many concerts and enjoys hiking in the national parks.

Her email address is Ellie.Walters@ yahoo.com.  Your input is welcomed. Next up is Case’s story!