Pin It
You are here: Home / Book Reviews / Blue Diamonds 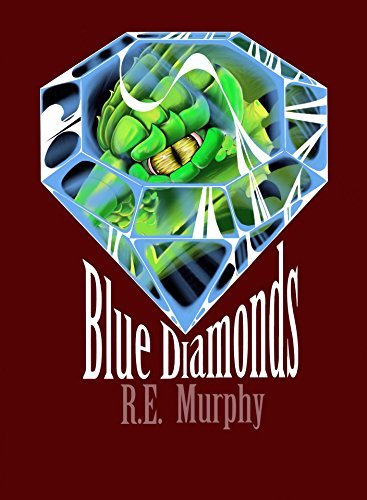 The Archmage of Somerlund is dead, killed in his laboratory one day before an important declaration. He discovered the whereabouts of Ambrosia’s Blue Diamonds, artifacts that were all but forgotten over time. The enchanted gems each contain the trapped soul of a dragon, granting whoever has them the power to summon one of the fantastic beasts at will.

Recognizing the urgency of the matter, Shomnath, the Prince of Somerlund, defied his father’s dismissal of the issue and raised his own investigation of the Archmage’s murder. And so it was that Prince Shomnath unknowingly began the defining saga of his life when he gathered a small group of friends, and an old healer, to take on the quest for Ambrosia’s diamonds.

What starts as a thirst for adventure and renown quickly becomes an epic journey, taking the friends past their known borders, across oceans, and even to worlds unseen.

Join the hunt for the Blue Diamonds today, and join the quest for dragons!

“An unlikely group of heroes band together to stop an evil threat to their world. While a formula used in all fantasy books, the execution along with its unique style of writing made this book an enjoyable experience…”
–Amazon reviewer

“All the main themes of fantasy fiction, it is easily readable and approachable to anyone who isn’t familiar with the genre…” –Amazon reviewer

R.E. (Robert) Murphy is the author of the fantasy series The Blue Diamonds Saga. Born on a US Air Force Base in the Philippines in the late ’70s, he grew up traveling(as all military brats do) from places as varied as Utah, Colorado, Turkey, and eventually Hawaii, where his travel halted due to his parents catching a mortal bout of the divorce epidemic.

In hindsight, he admits that it wasn’t the worst place in the world to be a latchkey kid and one of the kinder places to learn the hard knocks of life. He survived paradise, and along the way, he served a short stint in the US Army Reserves, attended a college surrounded by jungle rainforest, became one of the best(self-proclaimed) cooks in Waikiki, and last but not least, met the love of his life.

Life kept going, and he left the sunny islands to gain more perspective, eventually settling down by another mass of water, Lake Michigan. When he isn’t reading, writing, cooking, drawing, or gaming, he’s busy being a professional stay-at-home dad, a full-time position that pulled him from the glamorous world of restaurants but enabled the chance to pursue a longtime dream of writing novels.