Pin It
You are here: Home / Book Reviews / Bones of Joseph 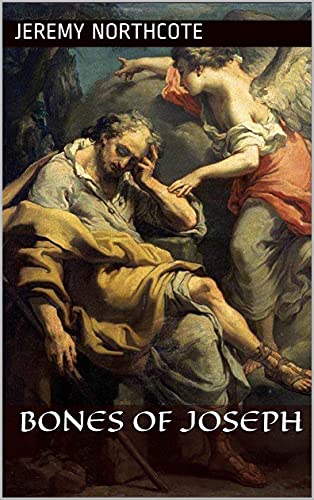 Will Thomas is an American religious scholar who, rather ironically, has lost his religion. It seems, however, that his atheistic-leaning non-fiction books on the topic have attracted the attention of a mysterious international network of scholar-mystics who are intent on securing Will’s services to find an important ancient relic.

When a mysterious rabbi shows Will a copy of an ancient parchment – a fragment from what appears to be a lost biblical manuscript even older than the Dead Sea Scrolls and which suggests that parts of the Old Testament were originally different from the surviving version – Will jumps at the opportunity to learn more about its origins. His quest takes him from Chicago to Switzerland, Rome, and finally to the Holy Land where Will finds himself in the middle of a Palestinian uprising centred on the Israeli occupation of the Tomb of Joseph, the alleged resting place of the fabled patriarch of the Israelites.

Various religious groups and governments are not keen for Will to find the manuscript or the bones of Joseph. With Israeli and Palestinian authorities watching his every move, shadowy religious groups closely on his heels, and US government officials keeping tabs, Will finds himself being drawn into a complex web of political and religious rivalries that extend to broader religious and international geo-political interests.

He is joined by a Palestinian archaeological assistant whose military skills suggest he might not be all he claims to be, and an Israeli archaeological student who can well and truly handle herself among the boys. The trio work together to find the tomb, and in doing so put both their skills and their faiths to the test, all whilst staying one step ahead of those who seek to foil their search for the famed bones of Joseph