An excellent fantasy story, can’t wait for the sequel!
When I bought this book, I expected a good time. What I got was so much more:
-A Viking story with a female lead.
-Magic with its pros and cons thoroughly explained.
-Battles with increasingly difficult opponents.
-A mystery that unravels in unexpected ways that all click in the end.

Chase the Wild Hunt: A Lynx’s Journey is worth the full price! I patiently await the sequel!   -Amazon Review 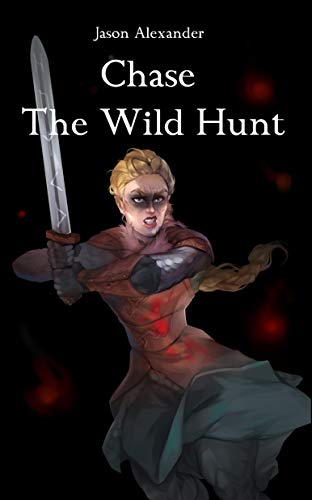 Every one hundred years, the Wild Hunt indiscriminately attacks a gathering of people and slaughters those too slow to flee.

Astrid of Clan Lodjur seeks revenge against the Wild Hunt for the death of her mother at a gathering of clans. She has trained for combat against her father’s wishes for many years, yearning for the day she can chase down the foes she has come to hate. Unfortunately, her superstitious family refuses to help her.

Now, strangers have come to her homeland. Explorers from Saxon, England have arrived on Swedish shores after a terrible storm set them off-course. Among them, a mysterious scholar, also seeks to investigate the myth of the Wild Hunt. He has discovered that the day the Wild Hunt attacked the Swedish clans, their hundred-year cycle was broken.

Astrid and Andrew have joined together in an effort to discover the truth behind the Wild Hunt and their attacks. However, the road to investigating the supernatural is wroth with turmoil, and hardship. Will the pair learn to work together and reveal the mystery behind the generational attacks, or will they fail and find themselves trapped in the same cycle of violence that have plagued their kinds for over a hundred years?

Jason Alexander is a young, aspiring author born and raised in Staten Island, New York(1993). His parents are immigrants who both hail from Poland. He graduated from a New York college with a major in Creative Writing (Bachelor of the Arts).

Since his youth, Jason has always enjoyed telling stories and making new and exciting worlds to host his tales. Science Fiction and Fantasy has always been his preferred his genres of fiction to throw himself into. He is heavily influenced by the works of George RR Martin, JRR Tolkien, and Andrzej Sapkowski’s Witcher series.

He hopes to create greater and more exciting stories of fantasy and horror in the future.

Currently, Jason lives out of New Jersey, crafting stories with the aid of a resilient Keurig.