Pin It
You are here: Home / Book Reviews / Crematorium: A Psychological Thriller

Only 99cents until September 28th.

Marilyn Benner Sowyak is an actual Emergency Department RN and my former co-worker. Her very vivid, and accurate story telling comes directly from her vast knowledge and years of experience in medicine. Those familiar with hospitals will appreciate the detail, and those who enjoy a good mystery, it will have you on the edge of your seat. It was hard to put down. -Amazon Review 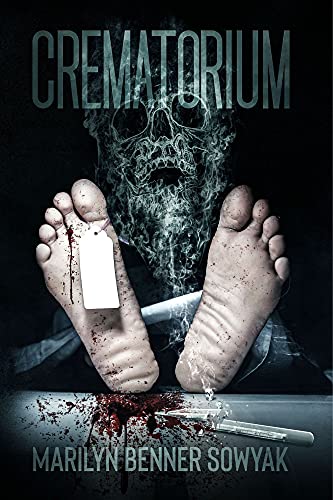 Maggie Bennett is a devoted and experienced emergency department nurse who works at a hectic level one trauma center in Charlotte, North Carolina. Although the work is constantly demanding, she gives everything she has to the patients in her care.

One night, while working overtime on the night shift to cover a nursing shortage, Maggie returns from her meal break to find the homeless patient she was treating is dead. Worse than that, a homicide detective is on the scene, and he has decided; she is the number one suspect.

With her reputation and liberty on the line, Maggie is determined to uncover who killed her patient, but with the tenacious Detective Hanes merely a step behind her, there is no room for error.

A week later, when she finds her patient’s body still lying in the morgue unidentified, she realizes that discovering who they are is crucial to her case.

But the deeper Maggie digs, the more immersed she becomes in a game of cat and mouse with a killer who is prepared to do anything it takes to silence her. As people close to her start dying, she is suddenly confronted with the reality of her situation.

Can she solve a murder and clear her name before she loses all that she cherishes? Or will she, too, succumb to the relentless pursuit of a killer on the rampage?

Marilyn Benner Sowyak is one of the entertainment industry’s top medical consultants. Her credits span twenty-five years and include Emmy winners: As the World Turns, One Life to Live, Guiding Light, and Another World. Benner was the Medical Technical Advisor for Law & Order and was the Medical Coordinator for over twenty-one major feature films including:
Godfather III, The Fisher King, Bonfire of the Vanities, and Home Alone – Lost In New York.

“I’ve become a master at creating medical stories and bringing them to life on the screen,” Benner says. “It’s time I told my own stories.”

“Nursing is a significant part of me, and I can’t give it up. It’s where real life happens. After work, I crawl into the world of writing and creating.”