What a beautifully told, moving story. I long wanted to read more about the children transports from Nazi Germany. This novel is not only a great account of these transports but it has a bunch of very likeable characters who move through Europe against all obstacles of WW2 and its aftermath.
It will move your heart-strings until the last thread of plot is tied up in the epilogue. A heart-felt and amazing piece of historical literature, all the more powerful knowing that much of this (if not all) is based on true people and their lives.  -Amazon Review 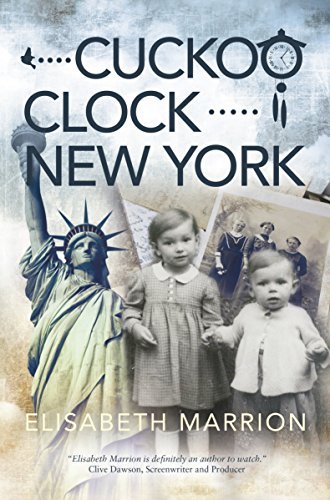 Kristallnacht 9th November 1938. Doctor Esther Rosenthal’s husband has just enough time to whisper to her before the SA pulls him out of the door and slams it shut behind him.

Esther has to leave Germany in a hurry and embarks on a journey taking her through Holland, England, and ultimately to the USA. In Holland, she meets a group of children from a Berlin orphanage, the first children to go to England on the Kindertransport. Together with her father, Mordechai, she joins them on their crossing and accompanies them to Harwich.

The Kindertransport comes to an abrupt end on the outbreak of World War II. What will happen to the children still at Dovercourt Bay without a new permanent or foster home?

The Book has been awarded a B.A.R.G medallion, a readers award

Elisabeth was born in Germany not long after the end of WWII. Her Mother Hilde, a German war widow met Elisabeth English father when her hometown was declared to be in the British Zone.

Being in the RAF and directly involved in the town destruction, he now faced the task by helping with the rebuilding. Elisabeth’s family story is the subject of her trilogy which is linked by the subtitle of ‘ Unbroken bonds’. The first book in the series ‘ The Night I danced with Rommel’ is Hilde’s story. The second book ‘ Liverpool Connection’ is Annie’s story and the third ‘ New York-the Cuckoo clock’ is Esther’s story. The books can be read as a series or stand-alone books.

In 1969 Elisabeth went to England to study for one year. She stayed another. then another, and another and so on. Yes, she is still here.