Pin It
You are here: Home / Book Reviews / Doctor in Danger

This book is a great example of some of the stuff that really goes on in a hospital in the islands. It pulls back the bedside curtain to reveal all mischief that doctors get up to. The kind of stuff you see on ‘Grey’s Anatomy’ but without the censorship and definitely more thrilling. The introduction of the criminal element adds that ‘can’t stop until I reach the end’ layer to the story. Really exciting and sexy. – Amazon Review 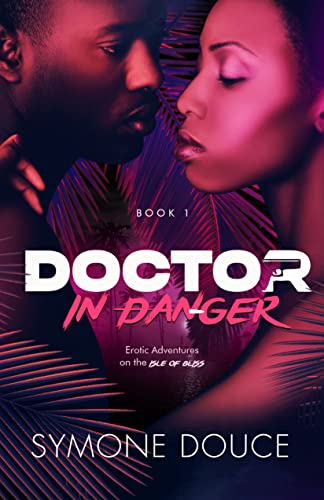 Devastated, she leaves him and her medical examiner’s job in South Florida for the Caribbean Island of Bonita for a new start at the National Medical Institute. On arrival on the self-proclaimed Isle of Bliss, marketed as a tropical tourist paradise, she is picked up at the airport by Johnny Ferguson, an employee of the Institute, as well as a local club owner and DJ.

When attempts are made on their lives, she wonders if she and Johnny will survive to have a future together.

Symone Douce is a born-and-bred black Caribbean woman whose tertiary education, work, and writing have been in hospitality and entertainment. She has always been a lover and avid reader of fiction, especially in the areas of thrillers and romance.

Now that her children have grown and her homemaking days are over, she has finally found time to put her passion on paper and express her sensuality, life experiences, and imagination in her first work of fiction. She hopes that you will enjoy reading the steamy Caribbean tale of her female protagonist, Dr. Amma Dubois, as much as she enjoyed writing it, and that you will continue to follow Amma’s tropical journey of love, sex, and intrigue.

When she is not reading or writing she enjoys cooking, listening to music, watching movies and spending time in her garden.