Pin It
You are here: Home / Book Reviews / Exmo Lady Looking for Love 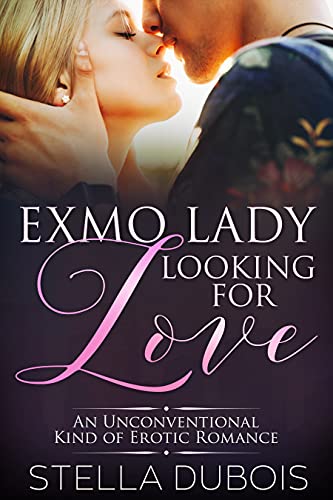 Jessica had escaped a loveless marriage and a powerful religion that told her that she must remain pure above all else. Now she was starting over again, hoping to find the love and passion that had been missing in her life. She was leaving everything behind and starting over in a new city, far from her past. Most of all, she wanted to find herself. She was confused, but determined to succeed, no matter what the cost.

The best thing ever Jessica did was leave Utah, her stifling religion, and the man she married at eighteen. Though she hasn’t spoken to her family since the day she left, one phone call from her estranged father sends her reeling. However, Jessica isn’t the same woman that her family once knew. No amount of admonishment and guilt from her estranged father will have her running back to the life she used to have.

Jessica is determined to build herself a new life in Seattle. She has a new job and she is starting to date. Settling down in Seattle wasn’t what Jessica had planned for her life but it was a welcome surprise. Once upon a time, she had followed the strict rules of Mormon life. Not anymore. Now she wants to experience the pleasures that were forbidden to her. She is torn between her religious past and her passionate present.

A night spent in the company of a new man is all it takes for Jessica to embrace her new life despite her fears. It’s only a matter of time before the sparks begin to fly.