This is a wonderfully scary book. It had mystery,death and ancient decades curse through the generations of two families the Wexingtons and the Hindersons.

They have a witch named Ameylia killing everyone because of who they are and what their ancestors did to her and she is out for revenge.  -Amazon Review 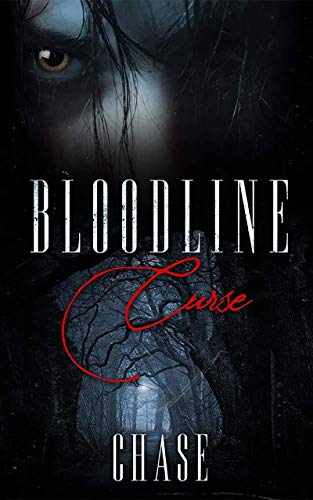 The tales of the dark woman with two faces continued on as an urban legend over decades, even centuries. Young and old knew of the legend that mysteriously haunted the town and the people in it.

Unexplained appearances of a silhouetted woman and her ability to steal souls tormented hundreds, leaving many without words and mental capability. Mental homes were filled to capacity, and no-one knew why, or they didn’t want to believe she was real. Only the town’s people knew of the urban legend; those who were new that moved into town quickly learned about her.

Those who didn’t believe were made into believers once they spoke her name. Cases of the missing went unsolved. Mysterious deaths kept the town terrified as some still remained captivated by the rumors, seeking out the truth. Those who spoke of her soon learned about the dark woman’s horrific existence.

Her ability to mesmerize and keep one transfixed on one part beauty that told a wicked past of betrayal and heartache. The beast inside deceived whoever came in contact with her. Amelyia’s out for revenge.

Two cursed bloodlines collide: Untold witchcraft and dark secrets the Hinderson family kept hidden for centuries is revealed. Megan Wexington seeks to find truth, only to find the person she loved and thought had her back was full of betrayal, and her own worst enemy and a bigger evil lurking.

The Wextington family secret is the only means to end this growing evil.

An old witch town of hidden memories cursed by its urban legend and wealthy ancestors continued to struggle with expanding the town. Hinderville had become a landmark of boarded up old abandoned buildings and cheap rent offered to any buyer.

Decades later, Hinderville seemed to arouse the curious minds. Controversy of the past made people fearful but uncertain and brainwashed from the truth hidden. The town’s population remained small until recently. Hinderville had increased over the years due to the new casino and clearest water parks. Land development boomed around the town as investors continued buying up vacant land, rebuilding homes, and businesses trying to put an end to the rumors of the witch town.

Old landmarks hidden deep in the woods of the witch tale still existed. Stakes driven into the ground with obvious burn markings were sited throughout the Hinderville. This made tourist attractions popular. People would travel from all over for proof and a good witch story, to see if she really existed.