Pin It
You are here: Home / Book Reviews / Faith Over Fate 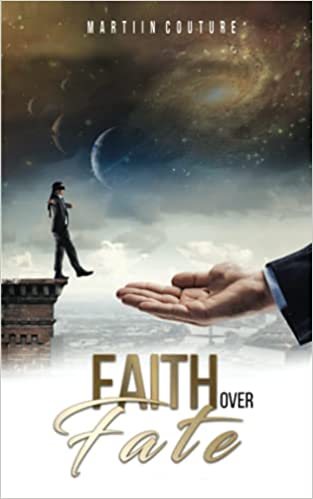 The observational work that is Faith over Fate brings in a perspective, at times touching on religious anchoring ideas, at times bringing existential thoughts into play. This book is a self-help book, while not encouraging you to leave your current concepts or dogmas behind. The book serves as an anchor to one’s prior beliefs while at the same time aiding him to develop a sense of self approval and self-belief.

The introductory chapter of book sheds the light on the very word ‘fate’, which is mostly interpreted as a predestined course in life from which one cannot escape. The book then proceeds on to explain outer and inner faith, followed by a chapter shedding light on the inevitability of failure. At times, a person is bound to fail no matter how hard he tries.

This failure often leads one into depression and slumber. The book sheds light on its solution. The solution lies in self-belief and creating one’s own world; the two paths explored in detail in this book. The book asserts a need to develop an action plan that can determine future success. The book is truly one of a kind due to its tremendous dealing with both the concepts of faith and fate. It is a must- read for everyone struggling to find their way in life.