Pin It
You are here: Home / Book Reviews / Fyrgebraec 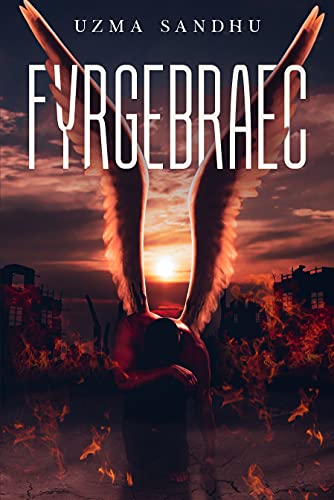 Can you live a normal life if you possess powers that others want?
Can one such young man forge his own path in the world?

In the year 3021, life on Earth is the same as it has always been. People work hard to eat. There are those who are greedy. There are wars. Yet, there is also kindness. It is against this backdrop that a 17-year-old makes his way across the super-continent, fleeing a powerful organization that wants him back. Because he is both a telepath and pyrokinetic, he fears being used as a tool.

Walerian Baize, a doctor with the army of the Reformation Party in JEMEN, comes across the teen when soldiers pick him up as part of a draft initiative. He is certain that there is much more to the young man than meets the eye and attempts to manipulate him to gain his cooperation.

Meanwhile, James Skyler, a leading research scientist with the Illuminati seeks to reacquire their escaped bioweapon. The boy he had indirectly raised in the organization escaped him, but he has no intention of letting him run free for long. This will be easy to rectify with the use of the escaped teen’s first friend…

Will a normal life remain out of reach for the 17-year-old in the face of those who wish to use his awesome powers for their own gains?