GAIIA predicts the behavior of a world ready for radical change. Predicting means revealing aspects of reality that tomorrow will mark the beginning of historical events. 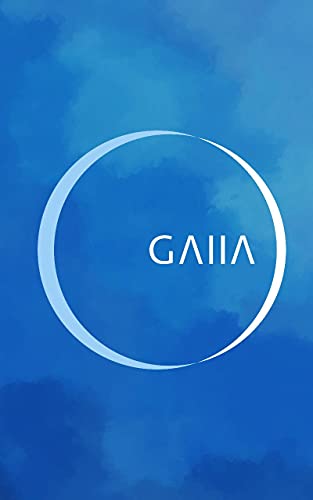 Possessing a wide range of interdisciplinary knowledge, Hares Youssef presents his philosophical, scientific, and economic ideas in the form of a fascinating fiction novel, on the pages of which the reader will meet both Nikola Tesla and Joseph Stalin, and the mighty figures of these days that make history today, he will recognize the fact that the Earth has a twin planet and all things in the Universe exist in pairs, about the role of language in the process of human self-knowledge, about the three stages of the development of civilization, about architecture becoming philosophy, about the lunar generation and mysterious Paideums which may come in the nightdreams to the sage Plato.

GAIIA predicts the behavior of a world ready for radical change. Predicting means revealing aspects of reality that tomorrow will mark the beginning of historical events.

Hares Youssef’s ideas have transformational potential, as they are aimed at making significant changes in all areas of human life. He has his own view on economics, ecology, psychology, society, art, time, the problem of consciousness, new technologies, human relationships… Every thought expressed by him is always inextricably linked with action and, moreover, with projects to change the financial system, educational model, scientific picture of the world, value system, attitude to language, etc. He gives you the assurance of being a person who knows exactly what needs to be done with this world. Hares has a unique ability to recognise the global challenges and problems of this century, to view them through the prism of philosophy (as “the Art of Thinking”), and to find a way to solve them. This philosopher, poet, artist, writer and teacher has come to write a new page in the history of humanity.

Hares Youssef is a businessman, philanthropist, and technology investor. He was one of former Ukrainian President Viktor Yushchenko’s Middle East envoys during Yushchenko’s 2005-2010 presidency. Author of GAIIA book.

This book offers a model of the fundamental transformation of the entire economic system based on the principle of financial transparency and the key to a new model of social behavior that will fundamentally change our approach to the scientific, cultural, educational, and political spheres.

The author does not follow analysts who unanimously insist on preserving and strengthening an unviable world model. He forms a fundamentally new paradigm, in the center of which is the highest human value: the person himself. A person is not like a “bipedal habit,” but as a creator who can realize his most profound potential.