Pin It
You are here: Home / Book Reviews / If You ’Bout That Life!: Take Money

One of my favoriteeee books. This book is real deep and a must read.. can’t wait for part 2  – Amazon Reviewer 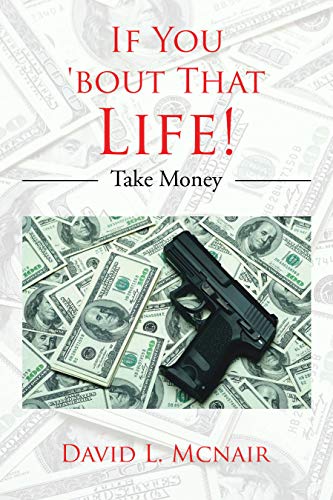 If You ’Bout That Life!: Take Money

King and Kyron were just average stick-up kids until one day, they stumbled across the lick of a lifetime. The best friends were not into selling drugs and would rather take money from local dealers who made their neighborhood drug infested.

The two friends had to make the ultimate choice after finding out who the major plug really was. Will blood really run thicker than water, or will greed be enough to make the young goons put the murder game down?

Author David L McNair was born and raised in the capital of Pennsylvania, “Harrisburg”. It was there where he seen so many different family members without a place to call home, such as shelters and family sleeping under bridges as a preteen. It was around this age that Author McNair decided that real estate would be beneficial to lots of people, besides just himself and began to strive and learn more about the real estate market and he began to visualize his dream clearly to put his family in better predicaments. Author McNair accepted the challenge as his major goal in life.

Author McNair faced various obstacles throughout his lifetime that landed him in prison for years. While incarcerated, he read so many books by other Authors, that he choose to write books himself to pass time. It was at the very place that he thought was a curse, that Author McNair really discovered his talent of writing fictional books-to-movies manuscripts which ended up being one of his major blessings.
Author McNair is a father of three beautiful daughters and enjoys fishing or shooting pool, for a relaxed train of thought.

Author McNair has an unique writing style of full description of each fictional character and clearly paints the pictures in his books as visual as a film director records. He hopes everyone enjoys this book and look forward to the sequel, “if you bout that life too”.