Pin It
You are here: Home / Book Reviews / Jon B: Are You Still Down?

To be honest, I didn’t know who Jon B was. However, I knew how much of an influence this artist was on the author. After taking some time to research and read this book, I learned so much about him. Jon B was and still is a phenomenal musician. Hopefully Jon comes was across this well written piece about him. I plan on listening to some of his songs and enjoy good R&B music. I recommend this to the next reader if you’re reading this. I am glad I took the time to carefully read the book and learn about Jon. Now I can see why Dom is a fan of his work. 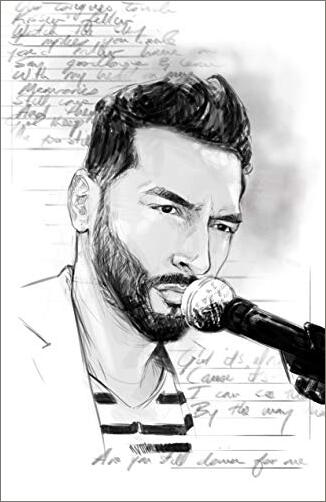 Jon B: Are You Still Down?

Jon B is an R&B icon. He rose to fame against the odds in the late 90s, and his version of blue-
eyed soul has captivated fans and rhythm and blues lovers for over a quarter century.

Jon started out as a young boy from a musical family with a dream of making it big. From there, he worked with his idol and subsequent mentor, Babyface, who helped him prove the haters wrong, and top the charts.

Ultimately, Jon had to deal with backlash about his skin color and credibility in the R&B hip hop world alone, but he did it, and came out stronger, and more respected, on the other side. Jon made history with Tupac, carved his own path, and even released music independently before the rest of the industry hopped on the trend.

The fame and demise of his first marriage almost broke him, but ultimately, set him up for his greatest comeback, and a life of love with Danette. “Are You Still Down?” lays bare the proof that Jon B has been, and always will be, a groundbreaking, bonafide R&B star.

Dominique M. Carson is truly a hardworking and ambitious media professional. She received her Master of Science degree in Media Studies in September 2014. Carson also graduated with her Bachelor of Arts in Journalism and Italian in 2012. Carson has strong interviewing, writing, and reporting skills. She has many attributes in media including marketing and publicity, blogging, social media, entertainment journalism, news and feature writing, profiles, concert reviews, and conducting interviews. Her worked has been featured in Ebony.com, TheGrio.com, NBC News, Bleu Magazine, Singersroom.com, just to name a few. Carson has interviewed over 100 celebrities within the last eight years. She was also a Program and Communications Coordinator and Site Supervisor for Man Up! Inc, a non- profit organization in East New York. Outside of journalism and her daily work duties in non-profit, Ms. Carson is also a licensed and nationally certified massage therapist. Her overall goal is to “facilitate people’s lives through her words and hands.”

If you would like more information on Dominique Carson, you can email her at dominique.carson922@gmail.com.