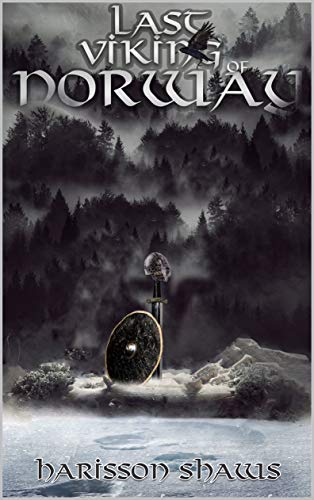 Destiny. It is what binds is, connects us, it is what burdens us. As soon as we draw our first breath, entering this crazy and twisted world, we are burdened by one thing, finding a purpose. Old Vikings believed that their life is completely in the hands of destiny, from the moment of birth to the last breath they take, everything is planed.

With that premonition they lost all fear, as what would they be afraid of when they have no say so in the next step. Our story starts with an unnamed boy, who came to Oslo, studying. But he wasn’t born there. He was raised in a remote village to the north, a place untouched by modern times, were old Viking tradition and stories still matter. But he is lost.

Suddenly all he does feels unworthy, like all he does makes no difference. That boy is in pain, as he suffered a loss. His grandfather has passed away, his last living relative. A man he held so dear, a man who he considered a father. He wasn’t there to say his farewell, so now he needs to pick himself up, and face the fact that his father is gone and needs a burial. But the boy feels indebted. The old man was a warrior.

Does he really deserve to be thrown in to the ground? Or perhaps he deserves the ultimate honor, of entering Valhalla? But no one is burned anymore. Like the old man said no more pyres for the fallen, as there is no more wars to fight in. But the young man knows that you can either deny the path destiny offers or embrace it. So he will do what he must, he will return to the village, face the elders and honor his fallen father, no matter the cost.

“Last Viking of Norway” puts the perspective in the hands of a young adult, Ragnar, who asks the hard questions that even the adults are afraid of. It’s is a story about destiny and how loud can one mans actions be. That after all, even the oldest of us, can’t see the errors of our ways, one man can be enough to redeem all. But then again if we take the path destiny offers, should we be afraid of the outcome of that path?