Pin It
You are here: Home / Book Reviews / Legacy of Darkspire 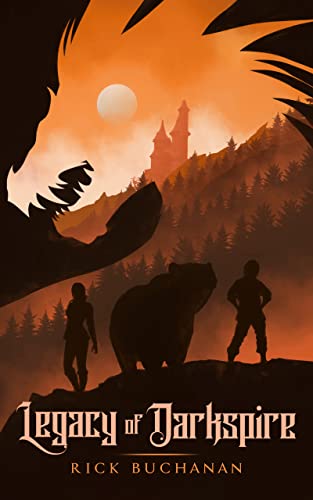 Years ago, the King of Amorra lay siege to Darkspire castle, determined to end the menace of Malik, an immortal gem wielder and his troll hordes. The battle was ended when two brothers infiltrated the fortress, destroying the caster and trapping his forces behind an impenetrable barrier of magic.

Now, a new threat emerges. Another wielder has opened the barrier and claimed Darkspire as his own. Left unchecked, he threatens to unleash the might of Darkspire once again and lay claim to the kingdom. Amorra’s fate lies with seventeen-year-old Ben Marshall. Led by a mysterious stranger, he and his friends must leave the only home they’ve ever known and race to reach Darkspire before it’s too late.

But Darkspire holds many secrets and the deepest concerns Ben. Would he prove to be the kingdom’s salvation or the hand of its destruction?

Rick Buchanan lives in Colorado with his wife Debbie. He’s an avid traveler with a lifelong love of books and movies.