Pin It
You are here: Home / Book Reviews / Light’s Shadow 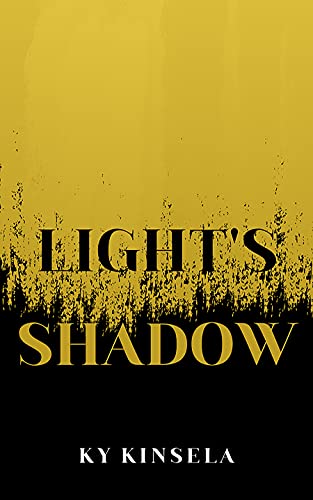 A young woman along with her four closest friends, are the chosen warriors of the Goddess of Light. They and their order of warrior monks are tasked with defending their world from the forces of Darkness.

In a time of peace they carry out their duties and serve their order knowing that they stand in defence of all that is good and just.

But a lone figure shrouded in dark mystery appears, quickly shattering those blissful times of peace as he mercilessly slaughters the warriors of Light as if they were no more than helpless children.

Though, when he spares the lives of certain monks and even shows a strange form of kindness to the group of friends, their steadfast belief that their order serves the good of their world and its people begin to crumble.

Filled with doubts and a desire for understanding, they, with the help of the young woman’s mentor, who is considered a fool and failure by their order, go against the orders of their leaders to seek the truth.

But what they uncover is a cherished memory from their past that has been twisted and morphed into a hideous, dark nightmare that will destroy all they believed in.

My love for fantasy stems (mostly I’d say) from the unlimited possibilities for telling amazing stories. And let’s be honest, reality sucks. I want to be as far away from reality as possible, in another world, where anything is possible.

As for why I started writing? It wasn’t really something I’d thought about before the day I actually started. I’d say I’ve always had a pretty vivid imagination, and have always had my mind stuck in various fantasy worlds, thinking about everything but what I’m doing in real life.

I guess the ideas had been there for a long time, but I’d just never considered it. Never thought myself capable of writing a paragraph let alone several hundred pages (regardless of whether it was good or not).
But one day I just said, ‘stuff it!’, and decided to do it.

And I’m damn glad I did, even if it takes me nowhere. But, the idea of a story that I wrote touching the heart of someone, someone on the other side of the world who I’ll most likely never know, well, I think that’s pretty cool.

I also find my desire to write kind of funny, because as a kid I hated reading and writing. The idea of both (particularly writing) caused me actual fear.

As well as being an avid reader of fantasy novels, I also greatly enjoy Shonen manga (along with some fantasy, isekai and the odd story of other genre). Even video games with strong, compelling story lines. I’m currently (and undoubtedly will be for as long as I live) a massive fan of Ghost of Tsushima.

As one of the quotes at the beginning of my book would indicate, Masashi Kishimoto’s manga series ‘Naruto’ was a huge inspiration for me to start writing.

Say whatever you want about the series, but in my view, Kishimoto mastered the art of making a villain and antagonist that you could sympathise with, and end up loving more than the ‘heroes’.

The Star Wars expanded universe is also a massive inspiration for me (talk about endless possibilities!). I’ve loved Star Wars ever since I was a little kid, and I’m pretty sure I always will.

So many amazing books from so many authors, it’s an incredible collection that I doubt will ever be rivalled in expansiveness. And the ‘Star Wars, The Clone Wars’ TV series will always be an all time favourite of mine.

And in terms of epic tails, the ‘Witcher’ novel series just blows my mind. Andrzej Sapkowski isn’t so much a writer as an artist.

Cassandra Clare’s ‘Shadow Hunter’ series is also a favourite. The ‘Clock Work’ trilogy particularly. I’ve never really liked the involved romance aspect of these type stories, but she told such a compelling story that I didn’t really mind at all.

In short, I love stories. I love fantasy. Being immersed in the different worlds and lore.
And I thought I’d try my hand at being a story teller.