Pin It
You are here: Home / Book Reviews / Measurland: The Secret of Hunger 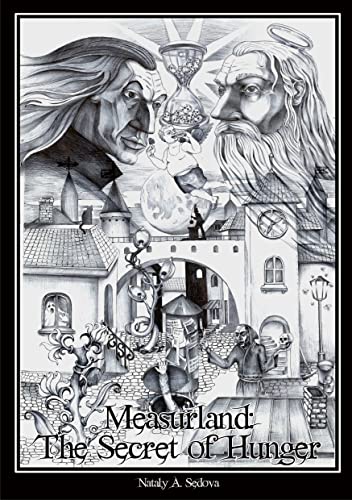 Measurland: The Secret of Hunger

When she, a seven year old, gazed at the lights of the Aniva Lighthouse, where the Sea of Okhotsk meets the Sea of Japan.
When she studied Estonian in the suburbs of Tallinn at the age of twelve.
When she watched the fall of the Berlin Wall as a teenager.
When she celebrated the collapse of the USSR and restoration of her native Ukraine’s independence.
When she held her newborn daughter to her breast.
When she, along with millions of Ukrainians, supported regime change and Ukraine’s movement towards Europe during the Maidan Revolution in 2013.
When she donated all the money she had to the Ukrainian army at the outset of the Russo-Ukrainian war in 2014.
And even now, when Ukraine is fighting a large-scale Russian invasion, she has always been someone desperate to uncover the secret.  And tell it to the world.

“I feel like all my life I have been looking for a solution. How I wish I had read a book like this before! It would have saved me so much of this weight loss/weight gain roller coaster!
But it just didn’t exist.”

And so, in 2005 she decided to start writing it – a fairy tale for adults, for mothers and daughters, for everyone who still has that unfathomable Hunger nesting inside them.
She already knows the answer.
Now it’s your turn to discover it –
The Secret of Hunger.

Three fourteen-year-old kids, overweight Alex and Varya and their loser friend Zeus, show the middle finger to their school bullies and find themselves in a consumption-obsessed dimension called Measurland, created by God and the devil as part of a bet. At stake in this bet is power over the universe.

Witnessing a battle of heavyweight Gorgers and a beauty pageant of animated fast food, raiding an ancient palace and attending a weight-loss industry expo, meeting a ghost of food emotions and sabotaging a tastifier factory – these are just some of the things our three characters will go through in their fight against the ruling Corporation.

I am a Ukraine-based psychologist. My fifteen years of work at the largest weight-loss clinic in Ukraine have convinced me that it is pointless to say to a teenager, “OK, here’s your calorie limit, get in shape! Oh, and don’t forget to hit the gym!”

A person has to transform their eating habits and the way they see themselves and food. An interesting story may help. I think many of the 61 percent of overweight or obese adults in England or two billion such people on the planet as a whole would agree. After all, inside each of them you can still find that same teenager.

Only I can know how many cycles of losing and gaining weight I might have been able to avoid if I had had a book like this in my hands back when I was 14.