Pin It
You are here: Home / Book Reviews / Natasha’s Prison 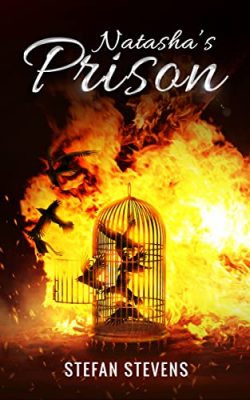 Natasha’s Prison:
Healing From Your Prison I Never Knew I Was In

A heartfelt story about Harry and Natasha, and a harmonious relationship that ends too abruptly, leaving Harry in despair and fighting for freedom from his depression.

During his struggle, Harry uncovers a web of twisted truths and many riddles.

Set during the early years of Harry and Natasha’s relationship, the bond of the twin flames grew stronger. Neither of the two knew that they were a twin flame.

At first, the two were inseparable and conquered all of their dreams and challenges as a team. They travelled through many parts of China. Later they decided to start a new life in Thailand.

The experience of starting a new life and career motivated them more to create a secure future. They returned to China after three months. Their relationship was as strong as ever, and they were on the road to their next goal.

Then it all changed with one incoming text message, one person and one irresistible force of nature. The events to follow are painful and psychologically dark.

The runner of the twin flame ran. Through days and months of facing depression, trying to fight the depression, Harry started counselling and realized he was spinning in a room filled with his fears, doubts and insecurities. He became clinically depressed.

An unfortunate turn of events triggered a point seemingly unable to return.

Harry is telling his story of a life with Natasha as a token of paying it forward for any person in our vast world experiencing similar experiences.

It is about never giving up and to fight for one’s own freedom!

Stefan Stevens I often find myself in a world of fantasy moments before I am supposed to fall asleep. During these moments, I wander through valleys and alleys. These locations have formed the foundation of most of my creative writing over the years.

In recent times I find myself more expressive towards fictional romance.

For more information, visit my website and social media accounts

One of the chapters in the book has an accompanying song: “Just One More Thing” https://open.spotify.com/artist/36JEETp7zAHKJSD2hb9EBw?si=MQChPmrMQku-8LbU66ZrFQ