I had to be really diligent in reading this book, needing to pay attention to all the things that happened along the way. It was like a puzzle that keeps teasing you until you finally figure it out at the end of the book. Great job by the author throwing in some humor to make it a fun ride. If you like time travel stories this one will be high on your list.  – Amazon Review 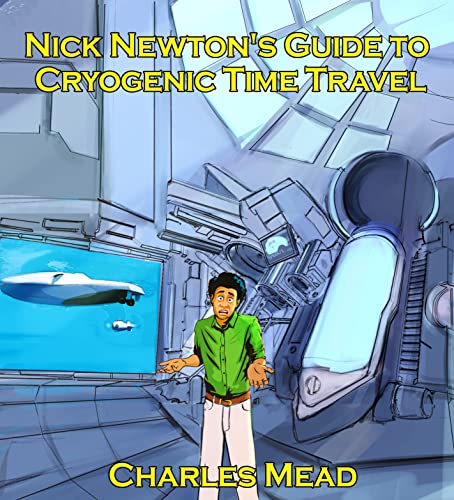 For Nick Newton, a thirty-something cop confined to a boring desk job after being injured on the job, it sounded like just the thing: attend a career progression webinar and escape the life-rut he’s trapped in by doing something different and earning some easy money.

At first, when the “easy money” mentioned on the webinar turns out to be a military contract, Nick is even more intrigued… until he finds out that he’ll be doing the only thing even more boring than his current job: sleeping. Still, money is money, and spending single day in a cryogenic testing facility getting paid to snooze can’t be that bad.

But when a “minor mishap” causes him to wake up a bit later than planned – one hundred years later, to be exact – Nick finds himself in a futuristic world he didn’t expect and doesn’t understand.

At first it’s a nightmare, but after a while Nick discovers that this might have been just the thing for him, because it seems the twenty-second century needs the kind of help only a twenty-first century cop can provide: ocean bases belonging to the United Seas Federation have been attacked, and the USF needs a skilled investigator to track down the culprit.

Just the thing for a seasoned cop looking to find his place in the future.

Now, Nick’s on the trail of a rogue submarine captained by someone who wants to set the world ablaze. But can a hundred-and-thirty-year-old Millennial really make a difference in the twenty-second century? Can a time-displaced cop with a bum hip really catch a futuristic madman?

And, not least of all: is any of this really happening, or is it all just the bizarre dream of a man who doesn’t know he’s fallen asleep at his desk?

Fans of time travel, adventure, mystery, and a dash of humour will love the stories of Nick Newton. Grab your copy now, and get ready for an adventure more than a hundred years in the making!

Charles Mead, I am a new author based in Southern England. I am interested in conspiracy theories and science fiction. I have always been interested in science fiction in both movies and tv shows. I enjoyed sci-fi tv shows like Star Trek:TNG,Star Trek:Deep Space Nine but never really got that into Voyager or Enterprise. Other shows I have enjoyed include Fringe, Supernatural and Heroes.

Might be revealing too much of my geeky side but one of my favourite shows was Seaquest DSV/2032. I think it had potential and I even tried to get access to the set in Orlando when I was on holiday there. They refused access of course but I did get an autographed photo of the entire cast which is apparently now worth a fortune, but I will probably never sell it!

The reasons I am trying my hand at writing is I was watching tv one day, forget what it was but it wasn’t sci-fi and I thought to myself I could do a better job. So here I am giving it a go and seeing what I learn along the way.