Pin It
You are here: Home / Book Reviews / Fiction / Adventure / Once Upon A Time in The Galapagos

Chet, a giant #tortoise, lives peacefully with his family on a Galapagos island, Things turn nasty when pirates attack threatening all the wildlife and their habitat.It will take their ingenuity & courage to drive the murderous invaders away. 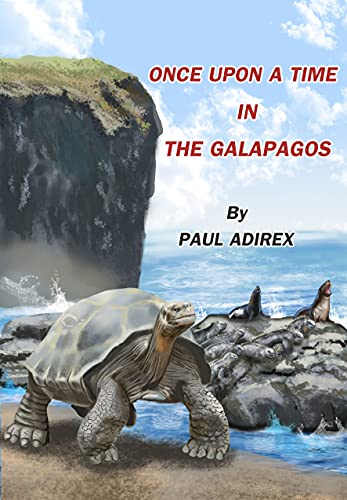 Once Upon A Time in The Gaagolaps

Life is pretty good for Chet, a giant dome-backed tortoise native to the Galapagos islands, who takes centre stage in this incredible story of spirited resistance. Blessed with a mate he loves, a couple of healthy offspring, and a ready supply of dwarf apples and opuntia cactus, he has little cause for complaint. Moreover, he’s well thought of by the other island residents and can count among his friends a wide range of colorful creatures, including sea lions, marine iguanas, brown pelicans, blue footed boobies, and lava lizards.

Not that life is altogether perfect with the ever present threat of volcanic eruption to contend with, and yet it’s a settled existence full of small pleasures, and regular seasonal changes, which suits Chet and his family very well. However, things are about to change dramatically, and take a serious turn for the worse, when a terrible menace appears on the far horizon, heading ever closer to shore . . .

This looming menace takes the form of a marauding pirate vessel blown off course after being separated from its sister ship. As such, it represents a very different kind of threat to that posed by the island’s natural predators, such as hawks, herons, and mockingbirds. Instead of just filling their bellies, these bloodthirsty buccaneers are hellbent on stripping the island of its every last edible morsel, and won’t let anything get in their way.

Faced with such mortal danger, the moment has arrived for all creatures great and small to stand up and be counted. One thing is for certain – it will take all of their ingenuity, audacity, and courage to survive this perilous encounter and drive the murderous invaders away.