Pin It
You are here: Home / Book Reviews / Our Lady of the Artilects

I don’t think I’ve read anything like this before, I really loved the way the author dabbled into both the spiritual realm and the artificial intelligence world. He’s created something here that is thought-provoking and hard to put down. Looking forward to more works from this author. – Amazon Review 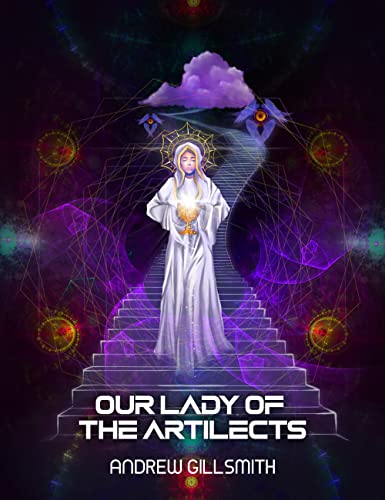 Our Lady of the Artilects

Father Gabriel Serafian, an exorcist who left his former life as a neuroscientist and coder, finds himself caught up in a conspiracy of global – and possibly supernatural – dimensions.

On the eve of reconciliation between China and the Roman Catholic Church following a half-century-long cold war, a number of the artilects experience a Marian Apparition. Believing it to be a hack, authorities hope to contain the potential scandal. But their plans are upended when an artilect belonging to Amari Okparu – the wealthiest man in Africa and major benefactor of the Church – shows up at Our Lady of Nigeria Basilica, claiming to be possessed. A diverse team, including tough-as-nails imperial Praetor Namono Mbambu, Ilham Tiliwadi (a Uyghur Sufi), a Filipino Emperor, and Serafian’s ex-fiance, an astrophysicist named Sarah Baumgartner, join Serafian to help unravel the mystery of the Apparition and the possession.

Our Lady of the Artilects, a mind-bending supernatural science fiction novel, is “the Exorcist meets Westworld,” with a dash of Snow Crash in the tradition of thoughtful Catholic science fiction like A Canticle for Leibowitz.

Andrew Gillsmith is a science fiction writer living in St. Louis, Missouri. A lifelong student of religion, he is also halfway through a Masters Degree in data science. Sadly, advanced statistics broke his brain and he is unlikely to finish.

Gillsmith’s first job out of school was delivering mail for Jeff Bezos when he was still selling books via listserv. Since then, he’s worked in a number of interesting roles, including head of customer service for the Kentucky Derby, leader of a proposed hyperloop project in the United States, head of data analysis for a healthcare company, and SVP of sales for a digital marketing agency. He currently works in publisher development in the programmatic advertising space.

He is married to Cheryl and has two young sons. Gillsmith and his family attend St. Clare of Assisi parish in Wentzville.