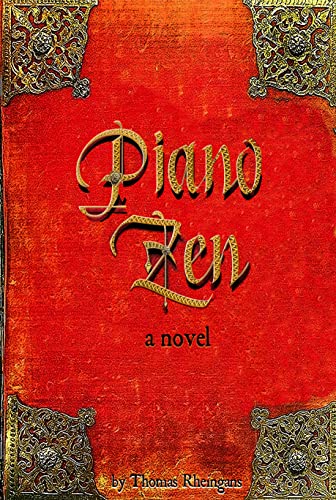 Rosa lives and teaches Piano Zen lessons in the Gate Lodge high up in Imperial Heights above the City of Nightingale. Piano Zen is a secretive piano society whose origins trace back to early 18th century Tibet.

When Rosa rings her Tibetan Bowl during William’s piano lessons, something magical seems to happen and William finds himself transported into a dream world called the Whispering Woods of the Tall Pines.

In the dream world he meets interesting anthropomorphic animal characters and master piano teachers representing the Four Elements of Earth, Air, Water, and Fire. These Elements Masters live and teach in mysterious temples and palaces. The story follows William’s adventures in both the real world and the dream world.

Thomas Rheingans is a recording artist and composer and has written music for plays, musical theater productions, and independent films. From 2005 through 2020, Rheingans served as the artistic director and lead performer for both the Encore Concert Series and Live at the Fries Concert Series that were based in Vancouver, Washington. Thomas has taught classical, jazz, and music theory courses at several colleges throughout the United States and has been teaching piano lessons in his private studio for more than 25 years.