Proles is a novel that will have you thinking about the similarities in today’s world and the future in the novel. It is a reminder of what the future could possibly entail for us if we aren’t careful. The author’s writing is easy to understand and descriptive, making it easy to picture the people and the settings. I found it captivating and highly recommend it! – Amazon Review 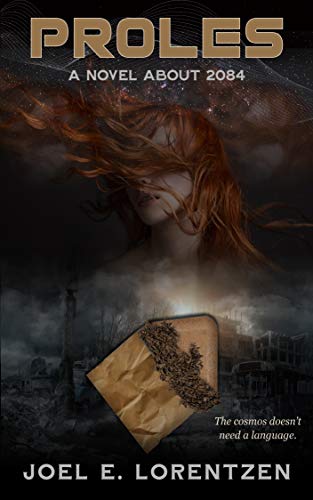 By 2084, Thelites have designed the perfect society.

They finally have virtual, scientific models for everything. They live and work in harmonious, anxiety-free, blissful happiness, running models to guarantee safety and equality to each member of their society. They want more than anything to bring these benefits to the PROLES, their less enlightened neighbors.

But why do they resist?

Meet Julianna, a passionate scientist who is tasked with plotting infinitesimally small, stellar threats to mankind hundreds of years in the future. She loves her life as a Thelite. But when her father dies unexpectedly, she uncovers secrets about him, about herself, that unravels the fabric of her beliefs.

Now Julianna must navigate a mortal duplicity. She discovers things that her fellow Thelites can’t know. The more she learns the truth, the more she fears what a “perfect society” does to the people who dare to question it.

What happens when the world gets too optimized? Joel E. Lorentzen, the author, answers that question in his unique, inventive and thought-provoking novel, Proles – a novel about 2084.  In the not too distant future, the gap between the have’s and the have nots is as wide as it has ever been, but not for the reason you may think. Money is not the cause in the future, optimization is. Optimization of what you ask? Of everything and everyone. Lorentzen expertly paints the framework of how civilization enters the next phase after the information age. He shows how endless information is modeled and tested to make a better society, actually the best society. You would think everyone would be on board with that, but the Proles are not.   …

Joel E. Lorentzen grew up on a small farm in eastern Iowa. Joel’s family of seven lived the life of the rural working poor, saved by the stubborn resolve of parents who refused to give up. A scholarship permitted his Iowa State University education as an engineer, but his elective choices were literature and creative writing. He later obtained an MBA from the University of Iowa. Joel travelled the world extensively as an automation engineer for over 36 years. Along the way, he invested in a variety of private manufacturing companies which he continues to serve as a consultant, permitting his self-identified occupation as semi-retired.

Long plane rides and airport layovers served his passion for reading and writing. His background provided a distinct sense of the travails and resilience of working people, those he recognizes as the ones whose efforts really make the world go.

Joel enjoys socializing with family, friends, and business associates of every background and culture, but prefers small groups where voices can be heard and reasoning fully explored. Joel avoids social media, sporting events, and concerts. He lives and loves a physically active lifestyle.

Joel shares his life with his wife, Ann. They have one daughter, Rebecca, all grown up and a mother herself. Ann and Joel reside in Rock Island, Illinois. They recreate at a second home in Lake of the Ozarks, Missouri where they enjoy boating, fishing, and hiking.