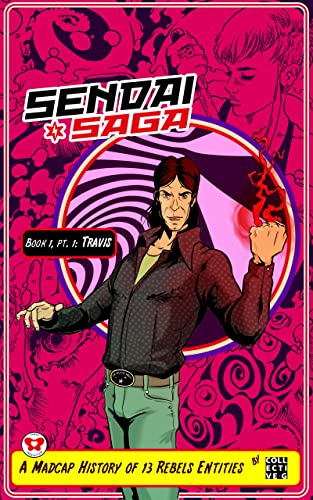 Senda Saga,a fast-paced adventure, created by Collective G, which tells the story of 13 mysterious Entities, exiled from their dimension. Some are lost and lonely, but others have plans of power and dominion over the Earth. A perfect story to break out of boring routine. Partly graphic-novel, part more traditional comics, each page of Sendai Saga is a surprise for eyes and mind.

In book one: year 2047, who kidnapped Abe Kan, Nobel Prize for Medicine? There is no request for money behind it. His knowledge is tempting to many and is at the center of dark plots.What does Travis want from the Chinese Chen Gao? What are the plans of the third Entity: Shadow? Why is Richard, a young nerd, being threatened by the Colonel’s men? How many questions huh? Find out the answers on Sendai Saga, the series.

Collettivo G is the name of a group of authors, linked to Peter Novak. Graphics, illustration, comics, stories and music are the areas where they express their creativity.

Check out all the Collective-G books on their Author Page.