Pin It
You are here: Home / Book Reviews / Fiction / Adventure / Shadows Over Starling: A Novel 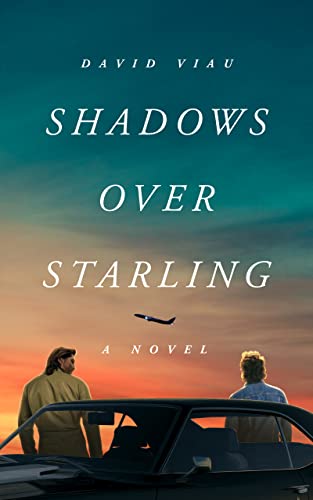 Shadows Over Starling: A Novel

When the construction of the second runway at the Jones County Airport threatens to displace him and his dying mother Kathryn, his older brother Jake appears out of the past with a dangerous and illegal solution.

David Viau grew up near Seattle, Washington, where he first began writing stories and making films on his father’s 8mm camera at the tender age of nine. After graduating from the University of Washington, he spent a twenty-year career specializing in commercial production. Passionate about stories that move people emotionally, David has written and directed numerous music videos and short films, one of which garnered him an Emmy.

SHADOWS OVER STARLING is his first book inspired by the repercussions of a massive airport expansion on his childhood community. David currently lives near Seattle with his wife and two children.