Pin It
You are here: Home / Book Reviews / Soldier of Survival

A quick read. The author is very descriptive. So much so, that you can actually feel what the characters are going through and put yourself in the story while it’s happening. Can’t wait for the follow up story.   -Amazon Review 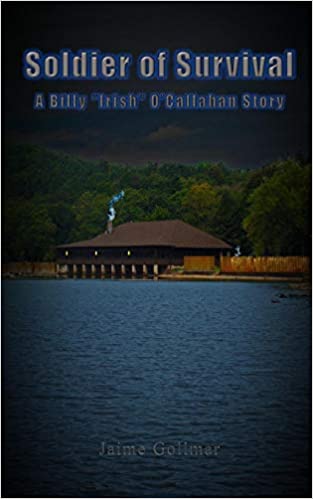 Billy “Irish” O’Callahan had been a soldier all his adult life. Growing up he knew he wanted to help those who needed it. After returning home from war, his beloved nation falls into ruin from foreign invaders.

Becoming a lawless wasteland filled with raiders and religious cults, Billy attempts to find his ex-best friend and fellow ex-soldier Greg “Devil Dog D.D.” Kruger after learning he killed his mother. Returning to his hometown to rest before his confrontation with Devil Dog, he is reunited with a long lost friend.

With the help of his old friend and some new ones, Billy devises a plan to take down the man who murdered the woman he owed everything while taking on the challenges of surviving an anarchic Midwest.

Jaime Gollmar grew up and lives in a small town in Wisconsin. He began writing as a form of escape, but realized it was enjoyable too. His friend and family encouraged him to keep writing as they read his stories and he hasn’t looked back since.