Pin It
You are here: Home / Book Reviews / Success with Goals

I have had the pleasure of attending many trainings, including a leadership development course, which were developed and lead by Mr. Whitmoyer. In addition to his wide breadth of knowledge, he truly cares about those he leads. I look forward to improving as a leader thanks to the skills I will learn from this book. -Amazon Review 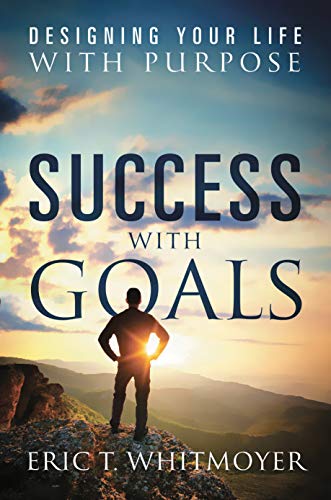 Success with Goals:
Designing Your Life With Purpose

It’s Not Goal Setting: It’s Designing a Life with Purpose

It’s a hard truth, but you are where you are today because of the decisions you’ve made each day to this point. Your decisions, good and bad, have shaped your life. The challenge is that most of us don’t think about many of our daily decisions. Our subconscious programing creates habits that often lead us through our days without any thought as to why we do what we do. With this lack of focus on direction, is it any wonder that people are frustrated with their lives?

Success with Goals shares a goal-setting process that the author has been using and refining for over 25 years–one that has had a profound impact on his life. It’s a process he’s taught to thousands of employees and clients, helping them transform their lives.

When you know exactly what you want in life–and apply this amazing process–you’ll find yourself developing into the kind of person you needed to become, to succeed at levels you’ve never imagined! Using the tools in this book, you will be consciously making decisions that will help you design your life with purpose. Reprogram your thoughts and ideas with the kind of focus and intention that will have you driving toward the goals you’ve always wanted to achieve. The kind of goals that change your life!

Eric Whitmoyer is a highly accomplished “no-nonsense” executive, life-coach, public speaker, author, and business consultant. He is an entrepreneur and executive leader that leverages his skills, experience, and finely honed business acumen to vault companies to peak success. Among his many achievements, Eric is recognized as an Advanced Certified Trainer in the “Success Principles” material and methodologies by the prestigious Jack Canfield Organization.

A few of Eric’s significant accomplishments throughout his executive and entrepreneurial career include:

Eric is an expert in Sales and he challenges the long held negative stigma associated with the Sales Profession. He’s developed hundreds of successful sales professionals, sales leaders, and executives throughout his career. Eric’s winning strategies for success have transformed struggling organizations into highly-profitable, elite sales teams. Throughout his extensive sales leadership background a few accomplishments rise to the top:

Eric has secured success in several areas of life extending beyond his professional accolades. He is most proud of his wife Lidia and their 2 wonderful children. Prior to starting a family, Eric adds these accomplishments to his proudest achievements:

You can keep in touch with Eric: