Pin It
You are here: Home / Book Reviews / THE ASHRAM

FREE on Kindle until October 17th.

Eric Bullard has written a fascinating book about the search for enlightenment. I sat down and read it start to finish I was so captivated. It has made me look at my own life and ask what life is all about,what’s important….and assess where I am on my own search for enlightenment and the search for meaning. I highly recommend this book and have ordered several copies to give to friends. It has set me on a new path to explore my spirituality . Bullard is an extraordinary man who has written an extraordinary book. I can’t wait to see what he writes next. – Amazon Review 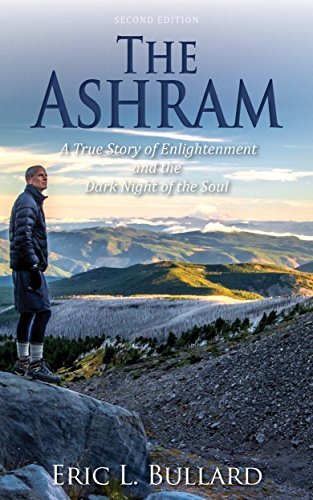 In the summer of 1989 Eric Bullard took a month off from his job as Vice-President in charge of sales and marketing for the family publishing company and returned to the Hindu ashram where he had lived and studied for three years.

It was supposed to be a vacation, a sort of rest before the heavy Christmas season’s workload. But what he found there and the resulting years of uncertainty, mystery and finally great magic will leave readers on the edge of their seats, questioning their own perceptions of reality.

Sometimes shocking, sometimes humorous, always on the edge, “The Ashram” is a true story and unforgettable adventure: the unfolding of one man’s unconscious mind and his travels through the wilds of Central America as he comes to grips with what he has found.

Eric Bullard was born in Portland, Oregon. He studied Humanistic Psychology and meditation with Randy Revell, Deepak Chopra and Maharishi Mahesh Yogi. In 1985 he entered into a Hindu ashram where he spent the majority of next seven years studying Ayurveda and deep meditation techniques. In 1994 Eric moved to southern Mexico and Central America, traveling extensively throughout the region, spending most of his time in the Highland Mayan villages of southern Mexico and northern Guatemala, working and living with those tribes. Leaving Mexico in 2005,

Eric made a pilgrimage to the Indian and Nepalese Himalaya to continue studies in meditation, Hindu Philosophy, Ayurveda and Tibetan Buddhism. During the almost three years Eric was in the Himalaya, he lived, taught and studied in various Hindu ashrams and Tibetan Buddhist monasteries. In 2014 Eric published his first book documenting the incredible experiences he had while living in a Hindu ashram studying deep meditation techniques. The much awaited second edition of that book was released in October of 2018. Eric now divides his time between Portland, Oregon, San Cristobal de las Casas, Chiapas, Mexico, and various other points around Central America and the globe where he continues his work, writing and studies.

Eric does not consider himself a spiritual teacher. He considers himself an explorer, an explorer in consciousness. He says this because he firmly believes that both Jacques Cousteau and Captain James Kirk of the starship Enterprise were wrong. It’s not the ocean, nor is it space that is the final frontier of human exploration. It’s the human mind, and even more so, the human soul, and how they both relate to each other and the outward personality to create the world we live in.