Pin It
You are here: Home / Book Reviews / The Auction

North’s stinging dystopia debut depicts a future America where women are subjugated by the government Office of Reproductive Oversight, which controls every aspect of a pregnant woman’s life, forbidding abortion, restricting women from working, and forcing them to marry the biological father of their babies. Women give up their babies to the Auction, where the wealthy bid on the healthiest babies and the poor take out predatory government loans to afford the sickest. “Every family gives a baby to The Auction and takes home one that is perfect for them,” is the government line. -BookLife Review 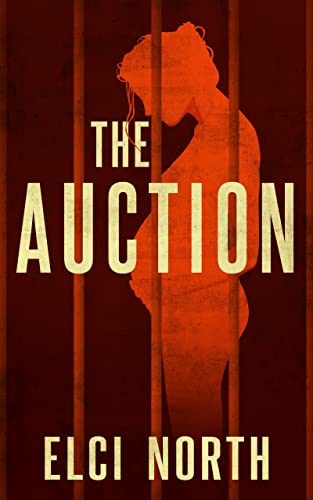 Logical computer programmer Jane overindulges at a graduation party, winds up pregnant, and is forced to marry a near-stranger. Drama queen Angelica bets a gay guy in a bar that he couldn’t “do it with a woman.” Pregnant Angelica loses her job and the love of her life. And after 13 years of trying, Millie finally conceives, but sitting vigil at her severely injured husband’s bedside takes priority. Fifteen-year-old Wendy loves school and art, but an ex-convict breaks the glass from her window and rapes her.

Their paths cross when they are sentenced to the same pregnancy prison. But as lawmakers know, putting women together can lead to ideas. Ideas that could end the baby auction and bring down the government.

Elci North is a figment of another author’s imagination.