Pin It
You are here: Home / Book Reviews / The Box Social: A Novel

This book is a sweet visit back in time. As Mr. McCoy tells the story of Carl he includes the details of simpler times and youthful innocence-but also includes the difficulties and responsibilities of those days. The way he told of Carl’s integrity and deep faith throughout the book inspired me. I quickly became attached to the characters and was sad to say goodbye to them when I read the last page. This book really is a page turner. Each chapter of Carl’s life makes you anxious for the next chapter! – Amazon Review 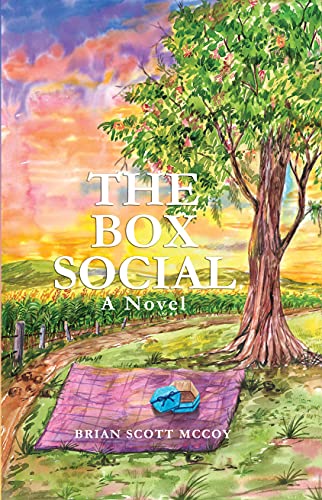 The Box Social: A Novel

Carl Chenoweth is at a pivotal moment in his life. He is 21 years old in 1915 and the world is rapidly changing. Carl has one last chance to win Marian’s hand in marriage. She has been the girl for him since he met her at church when they were young teens.

But Eli, the son of the wealthiest man in town, also wants Marian’s hand in marriage. Carl faces an uphill battle. But his determination has served him well through adversity, and he will use it again.

Will Carl be able to impress Marian and convince her to marry him? Or does fate have other plans? His final opportunity all comes down to the Box Social.

Based on a true story.