Pin It
You are here: Home / Book Reviews / Fiction / Adult Fiction / The Epic of Joanna

I had been looking for a new fantasy series to start and I was pleasantly surprised by this book. The pace of the book flows really well making it easy to lose track of time. The author also uses very vivid imagery that helps to create a great mental picture of each wonderfully unique location. Each of the diverse characters is set up with interesting backstories and some mysteries that I can’t wait to have fully explored in future books of this series. This book sets up a great start to a new series with tons of potential from a fresh new author. I can’t wait to see what comes next! 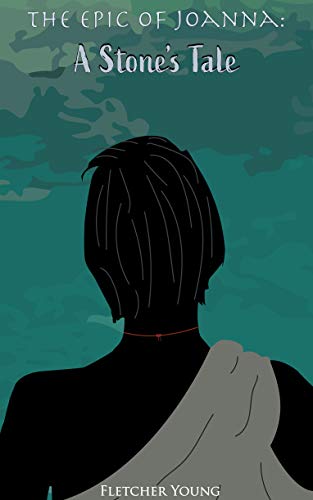 The Epic of Joanna: A Stone’s Tale

A page turning debut in the tradition of C.S. Lewis, The Hobbit, and The Witcher, The Epic of Joanna: A Stone’s Tale is a lighthearted adventure fantasy story set in the deeply engaging realm of Jabo. Filled with interesting characters, intriguing mysteries, and vivid settings, this gripping adventure is sure to thrill fans of the fantasy genre, those who enjoy story driven role playing games like Final Fantasy, and fans of fantasy film and television alike!

–“This book grabbed my attention from the first page and kept me intrigued all the way through.”
-“I was surprised to see this was his first book release.”
-“This needs to be made into an animated series.”
-“Magical and imaginative.”

The greatest songs are often sung for the least likely heroes.

Eleven-year-old Joanna has always been tied to the sea. Now she has no choice but to follow it.

Left abandoned along the beach as an infant, Joanna knows nothing of her origins or the world beyond her island home of Havahnsh. She grows up knowing only peace and the love of her adopted family. There is only one relic that ties her to the past—a mysterious stone with powers she doesn’t understand.

When her home is destroyed and her family slain by brutal soldiers, Joanna discovers she isn’t the only one who wants answers about the stone—the army of ruthless soldiers will stop at nothing until the stone is theirs. The soldiers have been existing under the radar after they caused an all-out war over 30 years ago, but now they’re back and they are focused on the stone.

After the loss of everything she loves, Joanna finds herself set adrift at sea seeking answers for the devastation. With the help of her childhood friend, an aged legendary hero, a cursed sailor, and a boy who wants to be a warrior, Joanna sets off on a quest to uncover the origin of the magical stone and—perhaps her own origins as well.

When her journey takes her further than ever from the quiet home she knew, Joanna finds herself in the middle of a conspiracy with reaches far greater than she ever imagined.

This epic fantasy, rich in both culture and lore, is a tale of adventure, friendship, and discovery.

Fletcher Young, I grew up loving books such as The Hobbit, The Phantom Tollbooth, Harry Potter (who didn’t!), the Ender series – Ender’s Shadow in particular, and Goblins in the Castle. I have always been a sucker for a good adventure tale. – I blame my grandfather, the king of tall tales and stretched truths (thanks, Grandpa).

If you enjoy fantasy adventures set in worlds with new creatures, plants and histories, then this series is for you! My greatest hope is that you enjoy the story, and come back wanting more!