Pin It
You are here: Home / Book Reviews / The Living Light 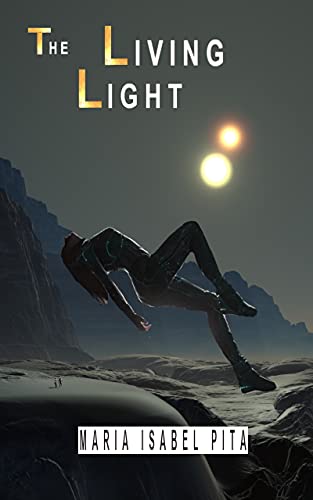 The first attempt to travel at the speed of light has been successful. Transported thousands of miles in seconds, the two young astronauts, Rose and Alex, are on their way to explore Proxima b, a candidate terrestrial planet in the Alpha Centauri System 4.2 light years from Earth.

Burning through space faster than any humans in history, they realize the launch into light speed created black holes in their memory, and that all their most recent experiences have vanished without a trace.

A long journey stretching out before them, they focus on getting to know each other again. And as they begin falling in love, they also discover strange and marvelous things can happen to people living in the Light.

Traveling at the cosmic speed limit is full of surprises, and Rose and Alex soon learn they are not alone on their fantastic voyage as the divide between science and faith vanishes.

THE LIVING LIGHT was first published on Kindle Vella (where it remains available) where it was TOP FAVED for over two months, and currently has 107 Likes.

Maria Isabel Pita was born in Havana, Cuba. Her family moved to the U.S. when she was eight months old, and she grew up in Fairfax, Virginia. Reading, writing and history have been her abiding passions ever since she can remember. In college, she majored in World History, and minored in English Literature and Cultural Anthropology.