Pin It
You are here: Home / Book Reviews / The Potential

FREE on Kindle for a limited time only!

I thoroughly enjoyed the twists and turns the author employed while constructing this story. I like mystery and action. This story provided that in spades for me. About the time I thought I knew where the story was going, it took another turn. Thank you David Davies for a writing style that really drew me in. Looking forward to more books from this author!!   -Amazon Review 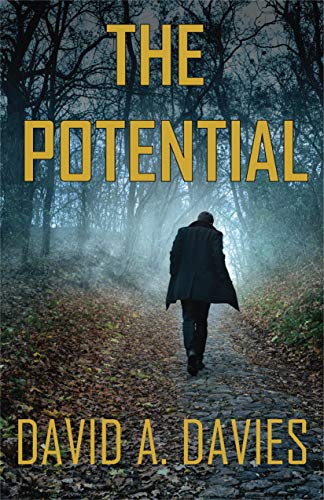 Chris Morehouse is a chauffeur for the US Government in Germany. Navigating his way through the tight streets of Bonn, he encounters a sight he one day half expected. The US ambassador to Germany’s car coming under attack. His fight-or-flight instinct kicked in, but he was conflicted. This wasn’t his fight. Should he move forward and engage the enemy as he was trained, or look the other way and speed off to safety?

With an uncanny ability to take in everything and size up a situation instantly, Chris aimed his car at a machine-gun toting terrorist and mashed the gas. It would be his first kill for the CIA, but it would not be his last.

Surviving the attack was one thing, but solving the incident would be another. Chris’s instincts tell him he could be the next target. The FBI doesn’t think so, the CIA is unsure. But a terrorist, a mercenary and a corrupt politician may have other ideas.

David A. Davies is an independent security consultant with experience in executive protection, investigations and physical security design. He has been engaged in the security industry in both the public and private sectors for more than 25 years. To date, David has written four books in the Chris Morehouse series of espionage thrillers.

Authors Note: I was asked recently why I decided to write an espionage story when there are already lots to choose from in the genre. My answer is that there are many good books out there, but a lot of them never quite reach the authenticity that I am looking for when I am reading. Either the character is too over-the-top, too superhuman, unflappable or somehow indestructible.

I wanted to create a character(s) who is realistic that everyone can relate to that has bad traits or hangups, and most of all, a person who makes mistakes. I hope that readers find Chris Morehouse, my main character in my four books, as a typical guy who has issues but is working his way up the ladder from the bottom, and is not a natural born Hollywood hero.