Pin It
You are here: Home / Book Reviews / The Richest Man in Babylon

JUST 25cents for a limited time only! 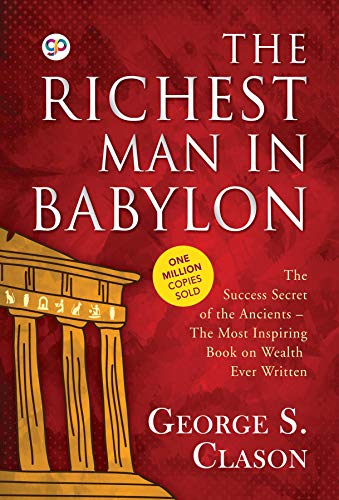 The Richest Man in Babylon is considered as the greatest of all inspirational works on the subject of thrift, financial planning, and personal wealth. Revealed inside are the secrets to acquiring money, keeping money, and making money earn more money.

Providing financial wisdom through parables, ‘The Richest Man in Babylon’ was originally a set of pamphlets, written by the author and distributed by banks and insurance companies. These pamphlets were later bundled together, giving birth to a book. In this new rendering by Charles Conrad, the classic tale is retold in clear, simple language for today’s readers. These fascinating and informative stories set you on a sure path to prosperity and its accompanying joys.

During his eighty two years he was a soldier, businessman and writer. He served in the United States Army during the Spanish–American War.

George Clason is best known for writing a series of informational pamphlets about being thrifty and how to achieve financial success. He started writing the pamphlets in 1926, using parables that were set in ancient Babylon. Banks and insurance companies began to distribute the parables, and the most famous ones were compiled into the book The Richest Man in Babylon. Clason’s book “Gold Ahead” was renamed as The Richest Man in Babylon. Clason was married twice, the first time to Ida Ann Venable and the second to Anna Burt.