Pin It
You are here: Home / Book Reviews / Fiction / Adventure / The Seed of the White Dragon

FREE on Kindle until January 31st.


“I had a wonderful time reading this book. The characters are so well-drawn that I feel like they are a bunch of new friends, great friends that I can go on adventures with. Even the unsympathetic ones. … I enjoyed myself so much I did not want this book to end.”   Margaret Stevens on Goodreads 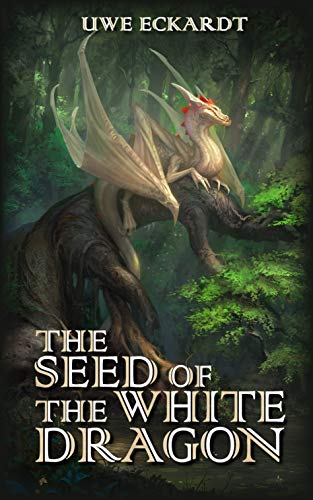 The Seed of the White Dragon

Have you ever wondered where the fairy tales and legends about dragons, trolls, and all the other marvelous creatures actually come from?
What if they hadn’t just arisen from the imagination of the storytellers from bygone ages?
What if only a thin veil separated us from a magical world full of wonderful creatures?

Would you have the courage to tear it apart?

To save his life, Finn has no choice. He dares to make the jump through the veil and stumbles straight into a turbulent adventure on whose outcome nothing less than the future of an entire world depends. And if that weren’t enough, he also has to deal with the magical powers that unexpectedly awaken in him.

Surprising help comes from a white dragon, who expects something frightening in return…

The German Language edition of this book has sold more than 40,000 copies since its 2018 publication and has over 1,600 reviews with an average of 4.7 stars.

Now it’s well on its way to becoming an English best seller!

“Good job, looking forward to more of your work. This was well written and I had a great time reading it. I really want to read a sequel to this.”
Danny Evans on Goddreads

“This is the first book that has captured my attention in over six months. Finn’s story reminded me why I fell in love with fantasy and adventure novels. My sister and I loved this story. If you like a classically exciting adventure, you’ll enjoy this tale of the savants.”
Terrence Howard on Goodreads

Uwe Eckardt was born in 1979 in Sonneberg, a small town in Germany, and has remained loyal to his birthplace to this day.

In 2017 he successfully released his debut “Die Saat des weißen Drachen”, which immediately became an Amazon.de bestseller in the fantasy genre (more than 770 enthusiastic reviews with an average of 4.8 out of 5 stars). Due to its great success, the book is now also available in English (“Finn Jones and the Scourge of Darkness”).

In “real” life he works as a research engineer in a medium-sized company, where he develops systems for the generation of hydrogen (“dragon gas” 😉 ).