Pin It
You are here: Home / Book Reviews / The Town Hall 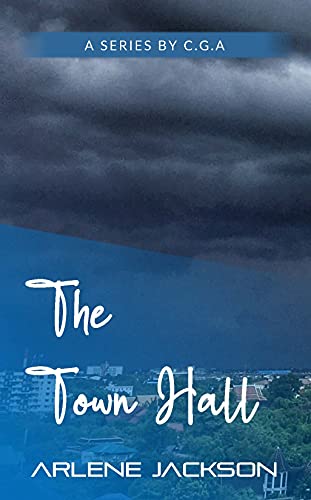 A Storm is coming!
A City known for beautiful and historic architectural buildings is in a direct path of an undetected Monster Storm. From the middle of a restless ocean, brewing and gathering its massive strength, the realm of the demonic is on a deadly mission.

These unique and powerful siblings not only help to transform, restore, reconcile hell-bound relationships with God, but they are a modern day Noah on a mission to turn an ordinary Town Hall into a lifesaving Ark!

Be amazed! How Angel visitations stir up emotional upsets, reveal truth in the inner heart, and end lifelong tears!

Buy E-book or Paperback on sale now, and learn how the Chosen Generation Agents (C.G.A) warn, lead, and empower this historic city to survive when time is up at the coming of the monster storm!

Although born in South Carolina, Arlene Jackson was raised in New Jersey in a home surrounded by her Mother, four other siblings, and a common law Step- Father. While introduced to God and the church at an early age, she suffered in silence for many years from tremendous fear and constant molestation by various family members.

A failed attempt to commit suicide at 16 confirmed that God had a greater purpose for her life. Arlene asked Jesus Christ into her heart after she married at age 22, had three wonderful children (Frances, Jake, and Whitney) but divorced after eight years.

Over the years God has faithfully delivered Arlene and freed her from shame and fears of the past, and filled her with joy, love, and peace.

Arlene a woman of Prayer, and a single Mother, faithfully taught her three children the word of God, and in return, she watched God used them to demonstrate his love, forgiveness, and show mercy during many hardships in our personal lives, even more so in the lives of their peers, and neighborhood bullies, which inspired this wonderful series.

I pray that people of all ages, though from different backgrounds, will see God in these stories and relate to how his loving-kindness manifests in their lives too.

Arlene’s desire is to display the true goodness and heart of God toward mankind in this series. Using siblings is her way of acknowledging, “We are our brother’s keeper!”