Pin It
You are here: Home / Book Reviews / The Walking Y

Jeter Isely takes the western back to its roots in this story set in 1904, with a hard-bitten rancher in danger of losing his family’s ranch, the faithful foreman, the evil lawyer with designs on the ranch, and the unexpected help from orphans sent west and friends he didn’t know he had. Despite the fact that the story is set over 100 years ago, it is given life by the fact that the author has lived the life he writes about (check out his bio at the end). A good read all the way through.  -Amazon Review 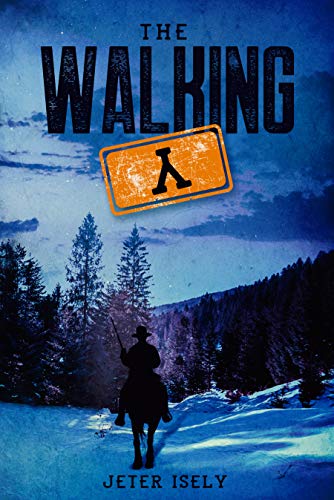 Over his dead body…

The Walking Y, once one of the finest ranches in Montana, is now on the edge of collapse all because of that damn horse. A lawsuit won by his neighbor, Senator William Bell, has Woody’s family ranch on the brink of bankruptcy when fate brings a young and ornery runaway to his door.

Now, with the help of a drunken Irishman, a handful of orphaned teenagers, and a wild scheme, they are ready to fight to keep the ranch. They’re not the only ones willing to fight for it though. Senator Bell has his own plans for the Walking Y, and he and his hired gun are willing to do anything to take it. Even if that means murder…

The author Jeter Isely is wonderfully married to Nina Louise, and he is blessed with daughters (Cateline and Savannah) and stepchildren (Melissa, Zachary, and Sarah). In his youth he worked his way around the world over several years through Europe, Africa, Asia, and then across the Pacific. Among prior occupations Jeter was first mate out of Tahiti on an old 70’ wooden gaff rig ketch, and sailed as a deck hand from Hawaii to British Columbia on a 37 footer. He also was a drover’s cook in the Australian outback, a cowboy in Montana for three years, and sought his fortune in gold mining in Colorado. He also has a Masters from Cornell University and a Bachelors from Colgate University and was a Director of Finance for a chemical company in Philadelphia. Nina and Jeter live on a 1,100 acre organic farm/ranch in NW Kansas raising Belted Galloway cattle along with obligatory dogs, horses, and when allowed by wildlife, chickens; this only after spending three years as a family on an old sailboat in the Bahamas and the Eastern coast of the United States.