Pin It
You are here: Home / Book Reviews / The Wielder

Definitely a great read! The character development was really good, and I loved that each character was able to showcase their strengths and had a chance to shine. I enjoyed the creative story, which had unexpected twists, especially towards the end. Can’t wait for book 2!  -Amazon Review 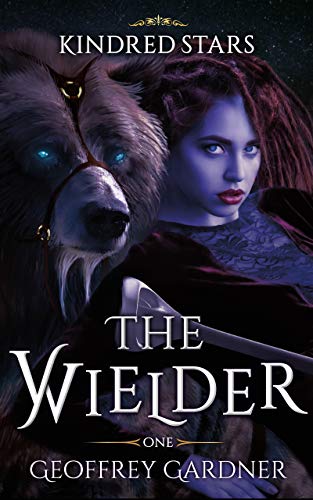 Geoffrey Gardner brings our future of space travel, alien species and a new way of life for human civilization to life in this epic story filled with legendary figures, exotic landscapes and deadly foes.

Once humankind lived and thrived together on three sister planets: EARTH, MARS, AND VENUS.

But after a devastating war with a malevolent extraterrestrial species, the human civilizations were shattered and separated. Now, in the year 2069, humanity has rediscovered one another and has a chance to unite once more.

Maia, a wielder of a legendary Beraht, and princess of the exotic and fabled Venetia, defies her father’s decree and journeys from her home after a tragedy. When the young princess arrives on Mars to see an old friend, she unexpectedly finds herself in the company of the infamous Rangers of Earth.

To save a loved one, the Rangers and Maia go on a mission to an unexplored moon. Light years away from home, the Venetian princess faces both deadly foes and crippling self doubts. Armed with her powerful weapon and steadfast will, she must overcome what holds her back and learns what it truly means to be a Wielder.

Geoffrey Gardner is the author of The Wielder, and the second book in the Kindred Stars series: The Return of the Naja, that has yet to be released. He credits his imagination to spending his childhood in London, England before moving to the U.S. The medieval castles, gothic cathedrals and English countryside was a perfect setting for a young boy dreaming of becoming a Knight, Robin Hood, or even a Lost Boy. He has always loved to write stories, dabbling in screenplays in the past but only as a hobby. Living in California now, he is an avid sailor, and enjoys acting like a pirate. He gives credit to writing The Wielder to his beloved dog Sherman. If it wasn’t for the loyal companion so excited to see him when he came home from work and knocking him over, his ankle wouldn’t have been broken and the book would have never been written.