Pin It
You are here: Home / Book Reviews / Thirty Turns of the Sand 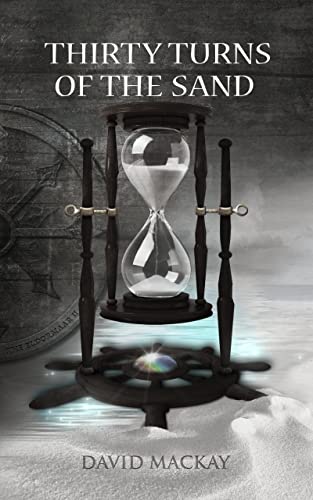 Thirty Turns of the Sand
(The Eldormaar Book 2)

THIRTY TURNS OF THE SAND, Book 2 of the enchanting fantasy series THE ELDORMAAR.

‘Some say life is a journey and fate has already chosen our path. Others believe we create our own destiny.’

When a chance encounter on a windswept plateau prompts him to take an uncharacteristic course of action, vagabond Hendrick Stanner’s luck appears to take a turn for the worse.

Well versed in the intricacies of multi-world existences, Scaraven the wizard drifts between realities under the alias of Messenger Two Cups, a jovial character with an enchanted flask and a penchant for Silver Birch tea. On his return to the land of Enntonia, there are secrets to be shared and questions to be answered: a mythical island realm, a woman with an intriguing account of strange phenomenon in the Eastern Forest, and a young girl from a distant plain of existence whose first sight of the ocean sparks the beginning of a life-changing adventure.

As his plans go further awry, Hendrick Stanner becomes a fugitive in the eyes of the law and with a sinister presence stalking him, the bounty hunters on his trail might just be the least of his worries.

And as Messenger Two Cups watches over events in Enntonia, an ancient teaching becomes ever more relevant.

‘Intervention can be dangerous; and yet, at times, essential.’

David Mackay, author of the novels THE SEA OF LUCIDITY and THIRTY TURNS OF THE SAND and creator of  THE ELDORMAAR fantasy series.

An avid reader of fiction, and life-long fan of fantasy and mystery novels in particular, it had never occurred to him to write tales of his own. But if you spend long enough wandering the mountains, exploring the forests, and searching the wild expanse of imagination, chances are a cast of characters might just decide to introduce themselves, insisting that you share their stories.

THE SEA OF LUCIDITY, Book One in THE ELDORMAAR series, forms a gateway to new and exciting worlds, inviting fans not just of fantasy, but readers from across all genres to join the adventure.

You can connect and find out more about David Mackay’s books here atthepointofforever.com  and here  theeldormaar.com