Pin It
You are here: Home / Book Reviews / Trafficked

When you start reading this book, I tell you. You will not stop because it has got so suspenseful actions inside the book which just made me to read very quick. It entertained me well with the fascinating story of a girl. Who was strong and wanted to take every step. Highly recommended. – Amazon Reviewer 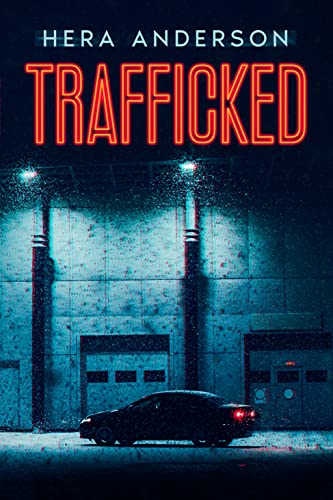 Isabella has everything to live for; a nice job that she enjoys and a boyfriend in the Army who has promised to marry and take care of her. But when she goes to investigate the sounds of a crying child one night after work, it is against her better judgement and against everything that she had ever been taught. And for good reason.

Kidnapped and trafficked by a ruthless gang, she is bound and kept naked alongside three other women, waiting her turn to be sold like a piece of merchandise to a wealthy Mexican cartel owner.

She knows that any attempt to escape will likely result in her death and as she tries to make sense of her situation and make a connection with one of her kidnappers, to try to let him see the human being behind the commodity, she is suddenly confronted by the shocking reality of her situation and how he came to be in it.

Now, with only her own salvation at the forefront of her mind, Isabella is prepared to do whatever it takes to be free once more and to exact the revenge that is burning fiercely inside her.

Hera Anderson is originally Bulgarian and now lives in Los Angeles, California, USA. For over fifteen years, Hera has worked in the entertainment industry as a performer, and film producer. A creative soul who always has been passionate about creating, Hera decided to try her hand at writing. She quickly fell in love with the craft and with the feeling of dreaming up stories. She found many things that inspired her to write. Witnessing a particular interaction, walking along the beach, listening to a song that stirs her, something she sees first hand in the world, or in the news or television. Hera’s debut novel is a thriller. As a queer/transgender woman, it was important to Hera to provide her LGBTQ readers with a story they could resonate with.

When she is not writing or working, Hera loves to travel and take in new parts of the world, especially various beaches. She is a nature enthusiast who enjoys hiking and swimming. And as an actor, Hera is passionate about curling up and watching movies, both new and her old favourites. Hera loves the feeling of being surrounded by her family, friends, and loved ones. If they are eating her favourite Mediterranean food while they are gathered together, that’s even better!